Prescription for a Safer Commute 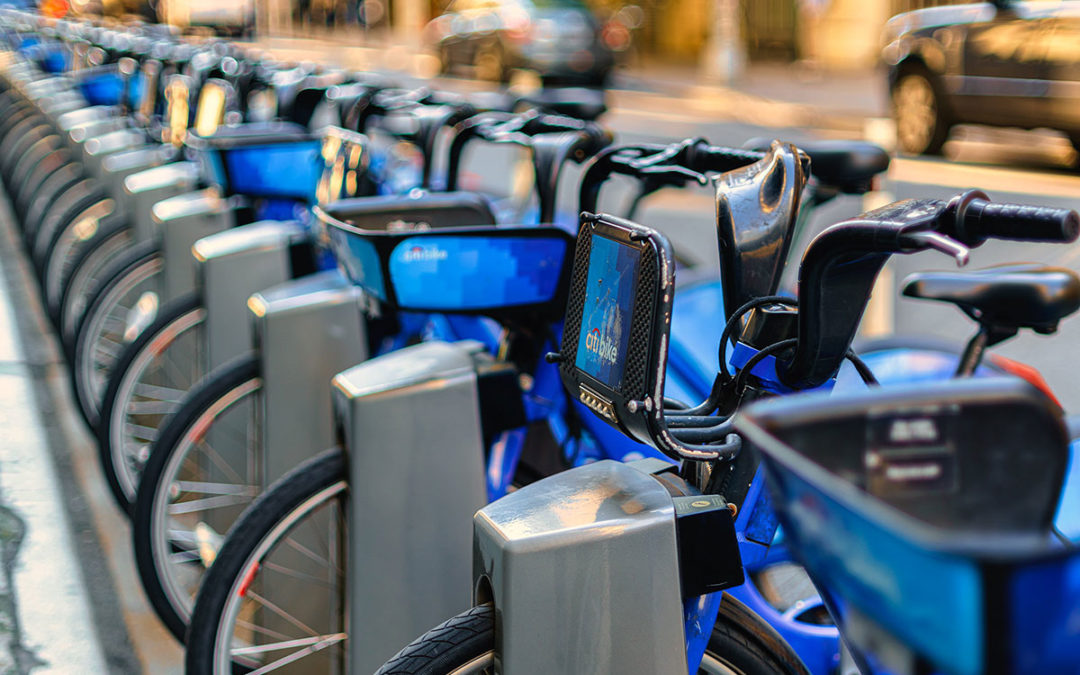 Every work day, Dr. Nitin Sethi undocks a Citi Bike from a stand near his apartment in Chelsea and rides to New York-Presbyterian Hospital on the Upper East Side. The ride takes about 45 minutes, about as long as the trip by subway.

Bikes have become a way to try to avoid infection while traveling. During the first eleven days of March, Citi Bike ridership spiked 67 percent, as coronavirus fears started to become a reality. As the pandemic peaked in April, daily rides slumped 61 percent compared to the same period last year, with most businesses closed.

Docking stations near Manhattan hospitals saw a surge in ridership amid the pandemic. The station at First Avenue and 68th Street—which ranked 31st in use during the first week of March—became the most popular of all 900 locations at the beginning of April, according to Citi Bike data. New York-Presbyterian, Memorial Sloan Kettering and Weill Cornell are all nearby.

“It’s a great mode of commuting for people with respect to social distancing,” said Sethi, who is a neurologist.

His experience on the frontlines showed him how devastating the coronavirus can be. On March 15, Sethi was deployed by the state to assist with testing in New Rochelle, which had emerged as a hot spot.

“I went up and then I became sick the following week,” he said. “I was sick for about ten days. I recovered, then the hospital really needed people to work because we had such a surge of patients so I volunteered to help out with the medicine service.”

Sethi is still not certain he had COVID-19. “I never got myself tested,” he said. “I just treated myself as if I had the disease with antibiotics and quarantined myself.

“That really was a pleasant surprise that they’re doing that,” said Sethi.

According to Lyft, which owns Citi Bike, valets stationed at these stands—on duty from 8 a.m. to 12 p.m. and 3:30 to 7:30 p.m. on weekdays and 12 to 8 p.m. on weekends—disinfect bikes at “common contact points.” These include handlebar grips, brake handles, bells, shifters and seat-post clamps. At depots, bikes are handled by mechanics using gloves. The vans used to transport bikes are also disinfected at the beginning of each shift.

Citi Bike began unrolling its latest expansion, installing 100 docking stations in upper Manhattan and the Bronx, following outcry over its absence in low-income neighborhoods. The new stations service areas near Harlem Hospital and Mott Haven’s Lincoln Hospital. Citi Bike said if these new stations see an increase in riders, valets may be added.

Some Citi Bike users have their own cleaning routines.

Isaiah Harris of Manhattan, a marketing specialist at Planned Parenthood, brings along a sandwich-size bag of Lysol wipes when he uses the bikes.

“I wipe off the handlebars, the seat, the seatlift, the brakes and the bell,” said Harris, 32, who started using the bike-share as exercise amid the lockdown.

Jon Orcutt, director of communications for the advocacy group Bike New York, said Citi Bike’s cleaning methods have been “extraordinary.” He feels the spike in demand for bike-sharing makes the case for Citi Bike to expand over the entirety of the city.

Orcutt advises bikers to avoid crowding up on other riders at intersections and to maintain social distancing just as you would inside a grocery store or on a sidewalk.

He believes commuters may stick with biking, even when  the pandemic passes —especially if the city can take more steps to ensure safety.

“Right now our network of bike lanes is a patchwork and it’s discontinuous. So what we need are some popup bike lanes that bridge those gaps,” said Orcutt.

The Surge in Bike Riding

Bike shops were deemed essential in late March. Jeffrey Martone, owner of Neighborhood Cycle in the Bronx, has seen a significant increase in demand, selling out his entire 100-bike inventory and ordering 50 more. A healthcare worker from Mount Sinai who came by to buy a Schwinn offered a few face masks as a tip.

Verrazano Bicycles in Brooklyn is throwing in a wash with each bike that comes in for a tuneup. “Soap and water is the best way to sanitize as the Health Department mentions and to use disinfectant when you don’t have access to soap and water,” said owner Thomas Kim.

Sethi says he doesn’t take any extra measures to sanitize a Citi Bike once he undocks, noting that the coronavirus is known to pass through the mouth, eyes and nose and not skin. He wears a face mask and eye protection while riding and washes his hands once he gets to work.

“The virus enters through your mucus membranes, either your mouth or your nose or your eyes. I have eye protection on, and I have a face mask that covers my nose and mouth. So there’s no way I can get the virus, and when I get to the hospital I wash my hands or Purell it.”

His bigger safety concern is about what he feels riders need most once they hit the streets.

“Helmet, helmet, helmet,” Sethi said. “I see a lot of traumatic brain injury, I see a lot of concussions that people get from either falling off the bike because when you hit a pothole going fast…you tend to go over the handlebars.”