Online Drag May Pay Off Royally 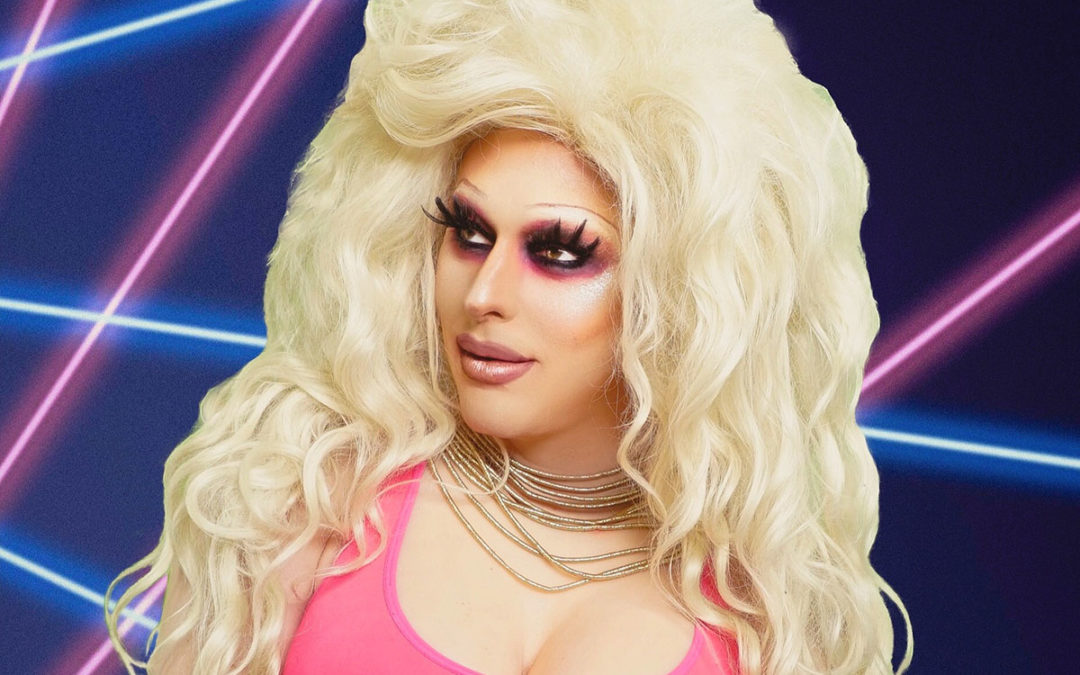 Drag queens and gay bars have been longtime partners: The queens needed the space to entertain, and the bars needed their head-turning performances to keep customers coming back.

“They’re a statement when they come in,” said Garrett Ford, general manager at Phoenix Bar in the East Village. “Like, OK, it’s time to party.”

These days, COVID-19 has made the party only a remote possibility. Performers are scrambling to make their livings without the support of in-person audiences.

“Almost all of the queens we hire are professional drag queens and that’s all that they do,” Ford said.

Entertainers who had relied on “RuPaul’s Drag Race” parties at gay bars are moving online, expanding their followings beyond local fans, as they can attract tens of thousands of new viewers. It is also a way of recouping some of their lost income.

“People all across the world are tuning in for the first time and seeing what I’m capable of,” said Crayola the Queen, a London-based entertainer.

Many gay bars were busiest when they showed the reality-TV-competition “Drag Race.” It’s like a football night for a queer audience—a chance to congregate in crowded bars to watch a two-hour spectacle of competitors being fierce, funny and shady.

In the middle of the show’s 12th season, bars in New York and in major cities around the world were forced closed to stop the spread of the coronavirus. Now, fans can’t come together in person to enjoy the gayest game on television.

Drag entertainment is a year-round attraction for gay bars. When “Drag Race” airs, usually on Thursdays or Fridays from late February through May, interest ramps up. “Drag Race” nights are a huge source of revenue for places like Phoenix Bar.

The queens who host bars’ “Drag Race” viewing parties—where they provide commentary during commercial breaks and lip sync to popular songs once the episode has ended—are losing significant income.

“All of my business is connected to the bar scene,” said Alotta McGriddles, who hosts viewing parties at Macri Park Bar in Brooklyn. For queens like McGriddles, it is often their most lucrative gig.

Crayola is preparing for the months ahead by setting up virtual performances, advertised on her Instagram and Facebook pages.

“I’ve done two solo cabaret shows in my living room,” said Crayola, 31. “I’m trying to keep up with the demand of creating content from home.”

Crayola said that her free digital shows allowed her to make up some lost income. In bars, drag performers generally rely on the generosity of the crowd, with cash tips supplementing any nightly earnings. Remote viewers watching Crayola, who has 8,000 followers on social media, can tip via services like PayPal, Cash App or Venmo.

Going online may be the start of a profitable trend for out-of-work drag entertainers. It could also give them broader exposure even when they return to their local bar scenes.

Twitch viewers can give as much as they wish.

With a suggested donation of $10 via PayPal, fans tune in to see performers including Crayola, who sang a parody of Britney Spears’ “Everytime” in front of a metallic backdrop, while wearing a brightly colored wig that matched her form-hugging dress. Other performers included a queen in Daisy Duke denim cut-offs dancing while pouring soda and alcohol on herself and an entertainer in a neon pixie haircut lip-syncing a pop song under running water in a shower.

Since the premiere of “Digital Drag,” other online shows have sprung up, including “Digital Drag Fest,” a two-week online festival featuring popular queens who have competed on RuPaul’s series.

“Digital Drag” performers Megna, Biqtch Puddin and Kiara represent what Puddin sees as “as snapshot of the community as a whole.”

“I wanted it to be a snapshot of the community as a whole,” said Puddin, 28, who won the second season of the macabre-themed competition “Dragula,” shown on Netflix.

Despite the opportunity to grow their audience, some queens are reluctant to go online. They fear the energy connecting a performer and an audience in a bar doesn’t translate to a digital space.

“Drag is very interactive,” said Victoria Williams, who is based in New York City. “I think that’s a little hard doing a performance from your living room.”

An online viewer can type in comments during a live performance. But a queen performing remotely can’t reach for a dollar bill from an audience member and make that interaction a part of her routine.

“For me, I think what happens in bars is special,” McGriddles said.

It’s still not clear whether online content can replace the bar scene as a sustainable source of revenue.

For all of the shows, queens are relying on payments from a digital audience whose disposable incomes may also be dwindling. Puddin, who didn’t disclose how much money “Digital Drag” took in, said that the donations were equally distributed among performers.

Many producers are creating online shows as a temporary solution until things return to normal. But Puddin wants to take “Digital Drag” from a weekly to a monthly show once live venues open up again, to keep exposing underrepresented drag entertainers to a broader market.

“I think this can grow immensely,” she said. “It’s open to anyone who loves the art form of drag.”