A Martial Arts Studio in Your Living Room 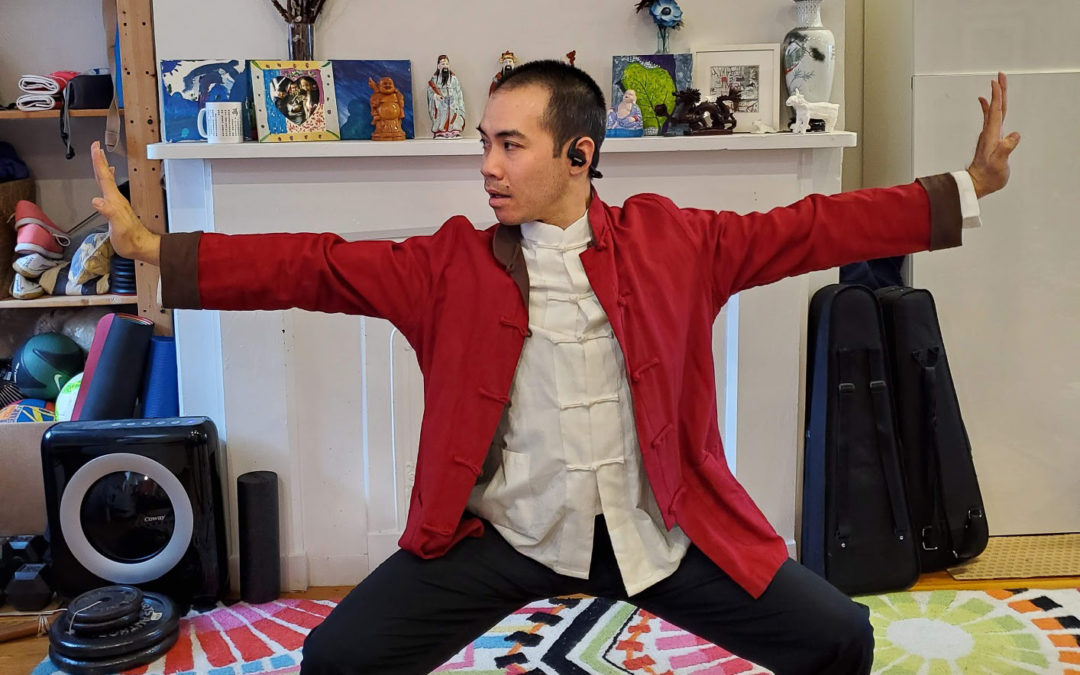 David Fung is not used to teaching martial arts in his living room.

Martial arts movements are rarely tailored to the small area between the couch and the television, but Fung has adapted to teaching an early open hand form, which is simpler and more compact. Since routines now require less space, Fung has been able to teach even more students.

“The benefit is no commute, I don’t have to travel to get to work,” says Fung. “We can teach more at the same time now, since space isn’t an issue.”

Over the past five years, Fung’s studio has built up a community of students, performing demonstrations at the United Nations, the New York Chinese Cultural Center, New York University, and the Chinese Embassy.

“Most of the people online have been part of the school for a while,” Fung says. “Once I knew that we were going to be sheltered in, I started planning to move online. I had requests before I even announced.”

Fung is surprised to see the uptick in class size, but he says that people still have a desire to exercise. Shaolin Kung Fu, he says, is an art form as much as it is a workout.

As a teenager, Fung was a camp counselor at Chuang Yen Monastery, a Buddhist temple in Putnam County, New York, home to the largest indoor statue of a Buddha in the Western Hemisphere. It was there that he fell in love with Shaolin Kung Fu, which he learned from a defected Chinese monk visiting the temple.

He says that he is happy that he still gets to teach his pupils during the epidemic, but that the atmosphere has changed tremendously.

In martial arts there is a technique known as the kihap, a short shout that demonstrates power and controls breathing while performing a move. The sound usually reverberates and fills the space of a studio. But with most of his students’ videos muted during class in order to avoid vocal delays and background noise, there’s an unnatural silence.

“I miss interacting with the students,” Fung says, remembering how many events the school was doing together just a couple of months ago for the Lunar New Year.

To stay in contact even more, Fung hosts online movie nights with chat windows, playing films such as “Journey to China II: The Iron Mask,” a Russo-Chinese fantasy film starring Jackie Chan and Arnold Swarzenegger that has yet to make its American box office debut.

“It’s surprising how we’ve been able to keep in touch while being separated,” says Fung. “It’s great that we live in a time that we can do this.”