Aiming to Give Patients a Charge 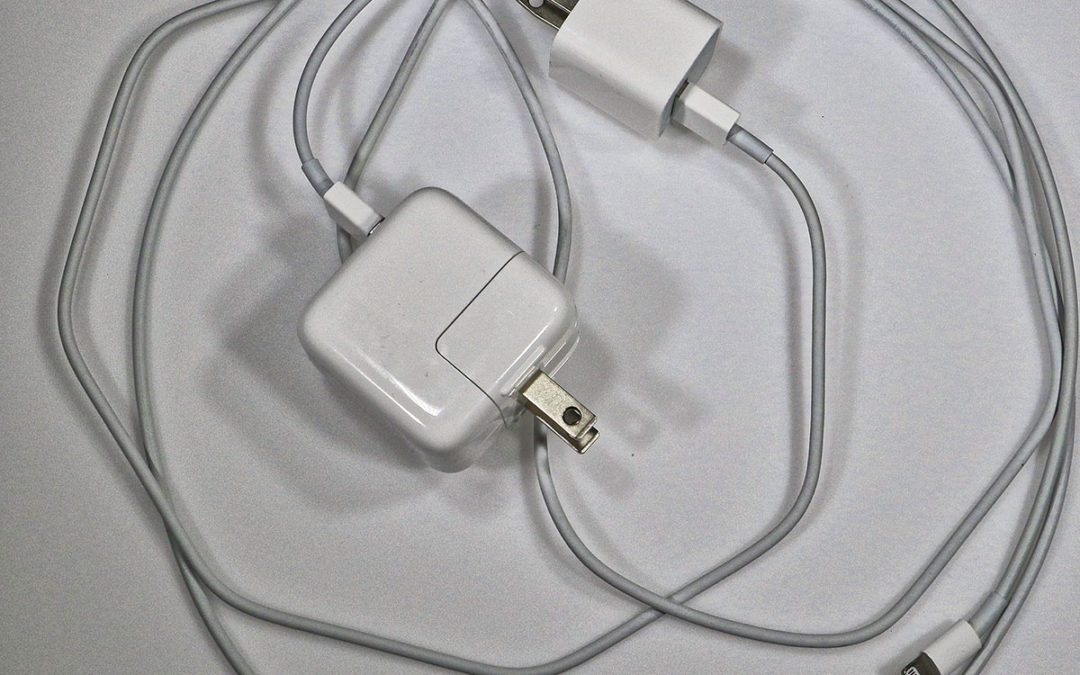 Over the past three days, realtor Nailah Manns has traversed Bedford-Stuyvesant on the hunt for cellphone chargers, gathering more than 50.

“This is something we can actually do ourselves. Collecting cellphone chargers is something very easy,” Manns said. “And I don’t believe in complaining without having a solution.”

While talking with friends who were hospitalized with the coronavirus, Manns noticed a trend: In a rush to the hospital, they’d left their chargers behind and couldn’t get in touch with loved ones once their batteries died. Under normal circumstances, family members and friends can visit patients at the hospital and provide them with basic necessities. But the pandemic has cut off any possibility of seeing loved ones in-person. That means cellphones are one of the only tools available to stay in touch, with chargers being an accessory that’s needed now more than ever.

Raf Medrano is familiar with that predicament. At the end of March, Medrano was lying in a hospital bed, worried that his only connection to the outside world would soon vanish. The 35-year-old wasn’t sure what he’d do if his cell phone lost all of its battery. He only checked it twice a day out of caution.

Days earlier, Medrano, who works as a bartender and server, was suffering from a sore throat, headache and suspected fever. He’d originally planned to wait it out at home in his five-floor walkup, but he began losing his breath and realized he had no choice but to visit his doctor.

Before he knew it, the doctor was calling an ambulance for him. He said goodbye to his husband, who had accompanied him to the doctor’s office, and waited in an isolated room for the ambulance to arrive.

“I was like, ‘OK, I guess we’re doing this.’ I was totally unprepared,” Medrano said.

Manns knew of other friends who were stuck in similar scenarios, so she posted about the problem on social media. She heard from Dayna Weinberg, a social worker at Maimonides Medical Center in Borough Park, who said that chargers were among the most requested items for patients. The only patients who received chargers were those that had a friend who worked at the hospital who could deliver one to them directly.

Manns thought people in hospital beds shouldn’t have to rely on personal connections for such a basic need. Then she got to work.

She requested spare chargers from residents around the neighborhood through social media. Then, donning protective gear and gloves, Manns ventured out from her home in central Bed-Stuy to gather as many chargers as she could from donors’ front doors—and, in one case, a neighbor’s tulip bed. Those who didn’t have spare chargers donated money toward the effort. Contributions came in from donors as far away as Georgia and Maryland, Manns said.

Manns suffered from the coronavirus herself and contracted pneumonia. She recovered without needing hospital treatment.

But as a caretaker for her father, who lives with dementia, she has seen inequalities in healthcare first-hand and knows how important it is for patients to stay in touch with the loved ones who advocate for them. Manns, who will pursue law school at Penn State in the fall, helps her father understand treatment options. Not everyone has that kind of support.

“I’ve experienced with my father how some of the hospitals don’t really do everything they could do for someone,” Manns said. “Because [if] you’re isolated and you don’t have a phone, then that can also affect the kind of treatment you’re getting.”

As for Medrano, his hospital stay required a lot of waiting—first under a tent in the Maimonides Medical Center parking lot for around three hours and then in a hallway in the north side of the hospital—with a cellphone battery that was slowly draining.

Once Medrano arrived in the hospital room, things didn’t get easier. He said nurses asked him to keep an eye on his roommate who was having a hard time breathing. Hospital staff checked on both patients periodically, but Medrano said he was tasked with buzzing for help if his roommate’s oxygen machine indicated that he was having an emergency.

That first night, it was nearly impossible to sleep. A high fever made it difficult to think straight, and staying confined to a single room was isolating.

“People are busy and they’re trying to save other people’s lives,” Medrano said. “There’s a lot of stress going on, and yet you’re all alone.”

Besides more immediate concerns, Medrano said his phone charger would have also provided a way to pass the time. Playing games, browsing social media or reading articles was an escape from the monotony of the hospital bed.

Medrano said family and friends knew he was in the hospital and wanted to send him supplies and food.

“They were trying to be very accomodating, but all I needed at that point, to be honest, was the phone. Because that in return gave me a lot of peace of mind to communicate with family,” Medrano said. “I was worried about my husband, like what was going on with him if he developed symptoms.”

Finally, Medrano received a charger through a friend who knew a frontline healthcare worker at Maimonides. He is now back at home and doing his best to recover. By the time Medrano returned home, his husband contracted the virus, although his symptoms were less severe.

Medrano praised Manns for her work and said that she was filling a crucial need for the community.

Manns has since dropped the chargers off to Weinberg, who will distribute them at Maimonides this week. She also donated half of the chargers to the patient relations staff at Interfaith Medical Center in Bed-Stuy. She wants to make a point of supporting the community she has resided in since 2011, after moving to New York from Atlanta in 2010.

Hospitals are currently being bombarded with calls from family members hoping to receive updates on their loved ones. But Manns said that access to cellphones and chargers will limit the influx of calls that are currently overwhelming hospital phone lines.

Hospitals across the city have varying policies when it comes to cellphones. It’s common to ban their use, since they can interfere with medical equipment.

Kings County Hospital forbids the use of mobile phones but offers landlines to patients for $7. Manns said that can mean that patients who are unable to pay for a new phone might be cut off from outside contact.

A long-term solution, Manns said, would include a citywide guarantee of a bedside phone for patients in municipal hospitals as well as a consistent policy for cell use across all healthcare facilities. Some hospitals have already tried offering iPads and other devices for patients to communicate with loved ones at designated times throughout the day.

Next, Manns hopes to make contact with a frontline worker at Brookdale Hospital who can help distribute chargers to patients there. She is also purchasing new chargers with the money she’s received from donations.

Medrano thinks the work of Manns and others will eventually translate to reforms that will endure long after the pandemic has ended. “Right now, because of the coronavirus, a lot of the ways that we do things are changing, and I think they should be permanent changes,” Medrano said.