Business Booms at a Brooklyn Bakery 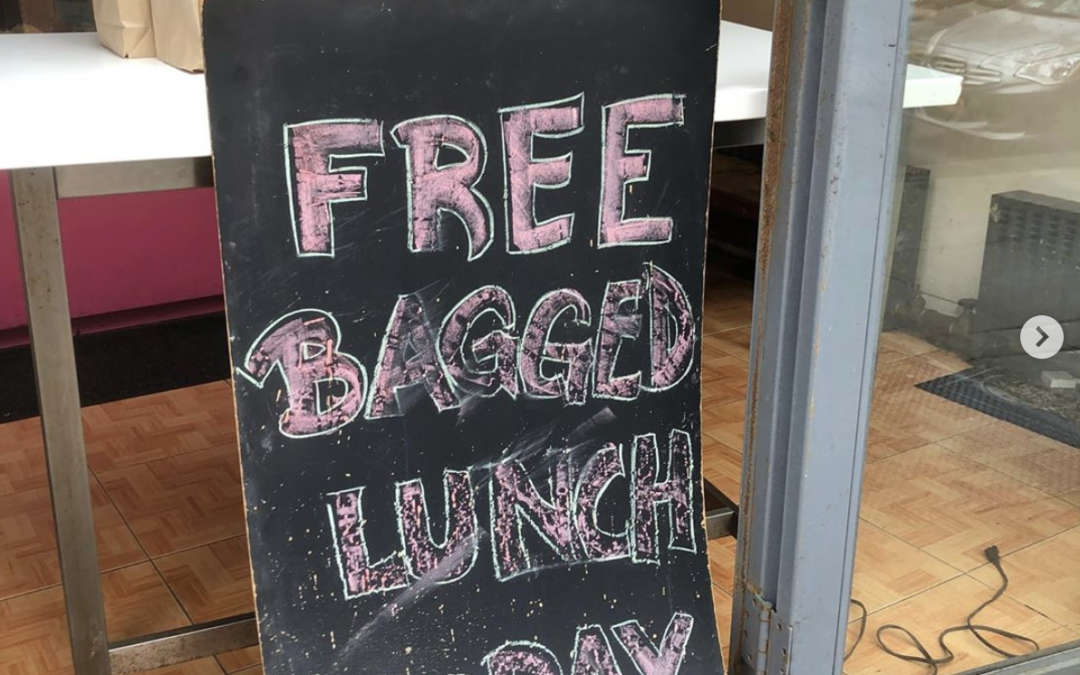 Despite social distancing, more customers than ever are lining up at the Brooklyn Sweet Spot bakery in Fort Greene for free lunches and southern specialties.

For the past three weeks, owner Kym Rodgers has seen a dramatic rise in business. More and more people are coming in to buy cookies, cupcakes, and “just shoot the breeze,” she said.

“We’ve kind of become their therapists and bakers,” Rodgers said. “There’s a lot of stress eating. And nothing makes you feel better like dessert.” 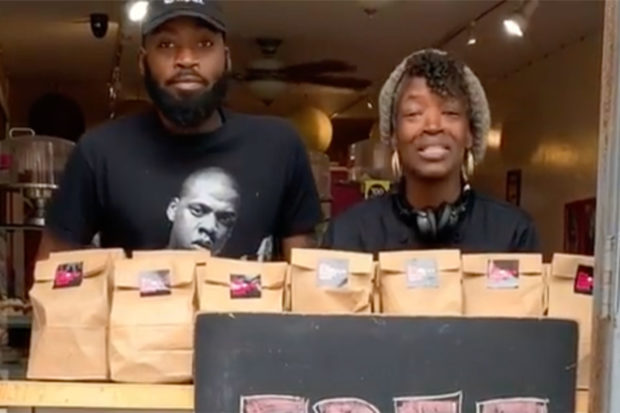 Kym Rodgers, right, at her Fort Greene bakery with Bobby Day, a clothing designer who sometimes helps out.

After leaving her job at a Long Island elementary school for a change of pace, Rodgers began baking her grandmother’s southern recipes out of the small space that became Brooklyn Sweet Spot in 2013.

She has never worked harder than she has now. Since New York City entered a state of emergency, Rodgers has put in 17 hours a day, seven days a week. Occasionally another worker comes in.

Rodgers also offers free lunches every Friday from noon to 4 p.m. for students or anyone else who needs it.

“My daughter is currently a teacher and told me that for a lot of kids eating lunch was their only meal for the day,” she said.

The first week, students could pick up a sandwich, snack and a freshly baked cookie. The second week, Rodgers prepared lunch with food from donors, who have given items from yogurt, canned fruit and vegetables to medical gloves and hand sanitizer.

“We did maybe 65, 67 lunches the first week, and last Friday, we did a lot more because more people knew about it,” she said.

To reach housebound fans, Rodgers hosts two baking classes on Instagram Live: One with wine for the adults on Friday nights, another for kids on Wednesdays.

Each week she sells boxes filled with ingredients to make something easy and quick: chocolate chip, oatmeal raisin and chocolate macadamia cookies.

“Most kids like to bake or like it because it’s messy,” Rodgers said. “You’re engaged, so that’s 45 minutes that you’re baking and taking your mind off of other things.”

Rodgers plans to continue hosting her live streams once the virus subsides.

“I don’t think things are going back to the way they were anytime soon, if ever,” she said. “I think we have to adjust to a new normal.”