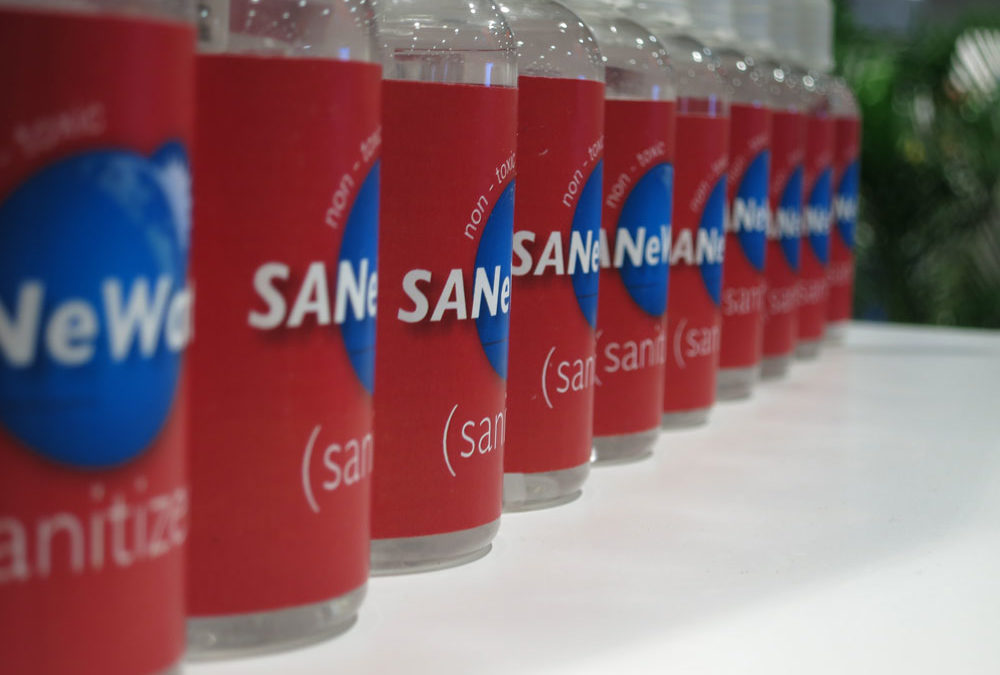 Businesses, schools and restaurants are shuttering across New York City in response to the spread of coronavirus, but EcoLogic Solutions, a green cleaning products company located in the Brooklyn Navy Yard, is kicking their company’s production into overdrive.

The company, which normally installs sanitizer-and-detergent-producing machines in businesses and restaurants, is shifting their model to meet the needs of the city during the coronavirus.

“We need to focus on where we can make the biggest impact now,” said Anselm Doering, the company’s founder and CEO. “We have to focus on the greatest needs and prioritize how we help.”

Instead of installing and servicing machines around the city, the company is working to get all 20 machines they have on-hand running at peak capacity, which would mean producing 7,000 gallons of sanitizer and detergent per day.

Doering is open to installing machines in “strategic locations,” like homeless shelters or prisons, but is focusing on how to get the most sanitizer as quickly as possible into the hands of New Yorkers—literally. That means pushing their manufacturing partner to build and deliver machines as quickly as possible, too, he said.

EcoLogic’s machines produce hospital-grade sanitizers and detergents through a process that requires only water, salt and a bit of electricity, called electrical-chemical activation. They can split the saltwater into two streams: one, a non-toxic sanitizer, and the other, a mild detergent.

The spread of coronavirus has caused hand sanitizers to disappear from shelves across New York City, with panicked consumers buying up every ounce of protection against the virus they can. Nationwide, stories of hoarding and price-gouging have added to the panic.

Efforts to boost the production of sanitizer are underway statewide, and Governor Cuomo made headlines in early March by announcing a “Made in New York” sanitizer would be produced in quantities of up to 100,000 gallons per week. He was roundly criticized for using prison labor to produce the product.

At EcoLogic, Doering is concerned with keeping the 22 full-time employees he has now. Many of the company’s clients are restaurants, which have been “swallowed up by a sinkhole,” he says. As those orders diminish, Doering wants to keep his workers employed by keeping production up.

As the situation changes hourly and the numbers of infected and dead from COVID-19 rise, Doering says the situation reminds him of the response to 9/11 or Hurricane Sandy, with New Yorkers rolling up their sleeves and looking to help.

“We’re tough to knock down for long,” he said.