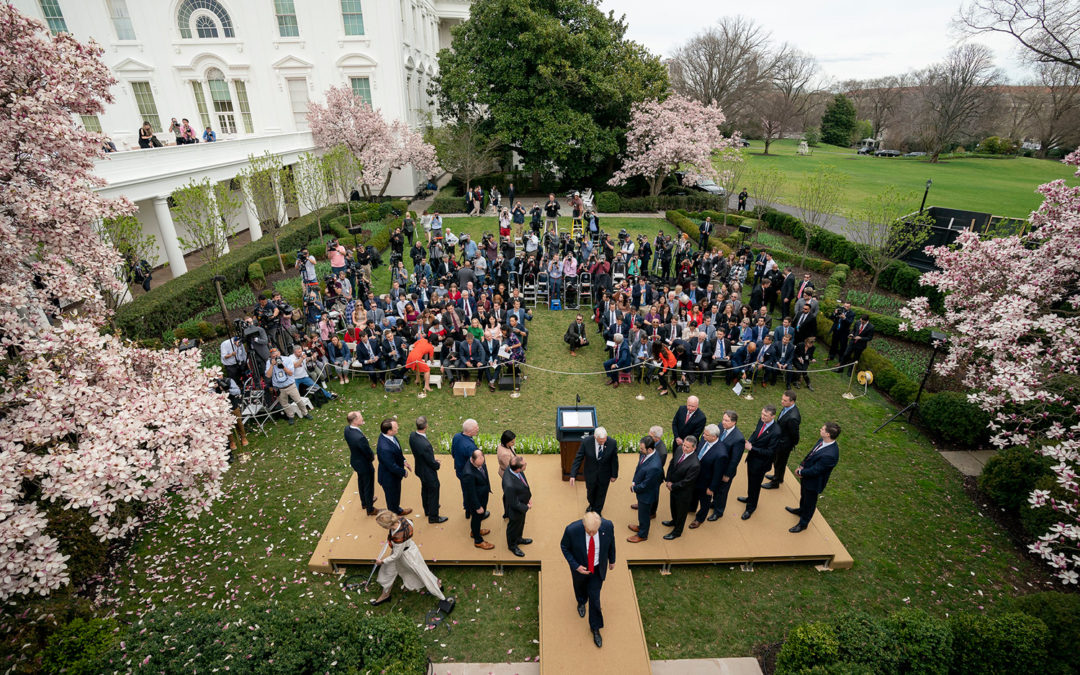 On Friday, in response to the coronavirus pandemic, President Trump declared a national emergency.

Although New York City is receiving federal aid after declaring a state of emergency last Thursday, a national state of emergency will free an additional $50 billion in national aid. Trump said he is using the funds to partner with tech and retail giants to expand testing availability. Additionally, Trump explained plans for national “drive-through testing,” and presented executive orders to protect student loans and oil reserves during the pandemic.

President Trump said he recruited help from Google to make a website that will survey user’s symptoms and advise whether a test is necessary. “We don’t want people taking a test if we feel they shouldn’t be doing it,” said Trump. “Only if you have certain symptoms.”

If a test is advised, the website will direct the user to a “drive-through” testing site where patients can receive a diagnosis without having to leave their cars. The drive-throughs are being organized nationally in the parking lots of Walgreens, Walmart, CVS, and Target locations

In regard to the current drive-throughs operating in New Rochelle, Governor Cuomo said, “Not only is it faster and easier, it’s also smarter and safer. It keeps people in their cars, so they don’t walk into an emergency room and infect other people.”

However, it is unclear how drive-through testing will help those in urban areas like New York City, where there are few parking lots and most people do not own cars.

Trump said the website and drive-through system will be launched Sunday night.

The president also said he signed an executive order that would temporarily waive interest on all federal student loans. “That’s a big thing for a lot of students that are left in the middle right now,” he said. The executive order comes in response to most American universities, either shutting down or forcing their classrooms to move into online settings.

Due to the plummeting price of oil, Trump said he also signed an executive order directing the Secretary of Energy to strategically purchase large quantities of oil for reserve.

Trump’s official declaration of national emergency comes after criticism for the administration’s slow response to the outbreak. States harshly affected by the virus, like Washington, have been asking Trump to declare a national emergency for the past week in order to mobilize their Medicaid systems and fight the pandemic more efficiently.

“We’ve been calling for President Trump to do this for days… Americans will support an emergency Declaration to extend assistance to Americans who need it,” said Senator Chuck Schumer (D-NY) on Twitter. “But he must not overstep his authority or indulge his autocratic tendencies for purposes not truly related to this crisis.”

“And this will pass,” said Trump before ending his presentation. “We are going to be even stronger for it.”