An Acute Sense of Loss 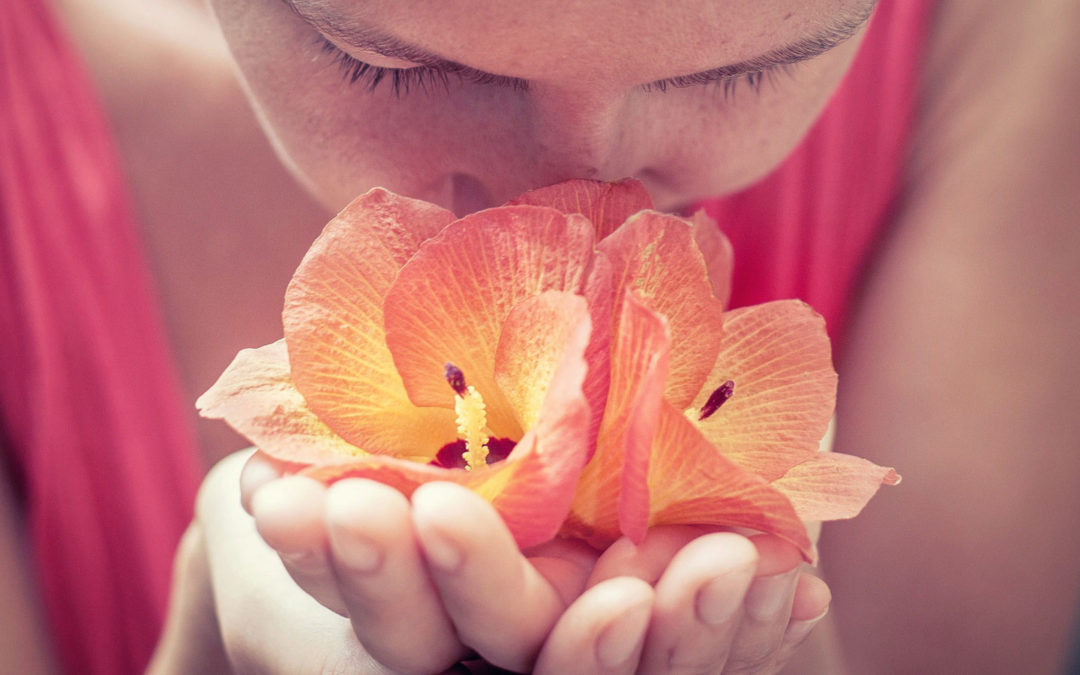 Louise Dooey noticed it when she was having a cup of herbal tea in the UK.

Scott Berwitz was drinking a shake in Manhattan and figured he must have put too much water in it.

Jackie Levin knew her mom usually made a pot of coffee in the morning—but that day on Staten Island, nothing.

All of a sudden, they couldn’t smell a thing.

There was no congestion, no cough. Turning to the internet, all four discovered the same thing: Their unusual condition was associated with COVID-19.

Like many of those around the world infected with the coronavirus, they were experiencing anosmia, the clinical term for loss of smell.

Along with their concern about the disease, they worried about whether they would get their sense of smell back. As they sorted through their predicament in isolation, many gained a new appreciation for an ability they’d long taken for granted. And some were willing to try anything—even strange remedies.

“It’s an avalanche of requests for information,” said Chrissi Kelly, founder of AbScent, an organization that supports people experiencing anosmia.

Kelly had to make a separate Facebook group for coronavirus-related users to accommodate the sudden surge of interest, along with a whole new section on their website. AbScent’s Facebook group had grown steadily by 1% in earlier months, then in March the group grew by 15% and 1,834 members, she said.

With no readily available testing for anosmia, newcomers were desperate for answers. “Is there any hope for recovery?” asked one woman, who said she was seven months pregnant, in the COVID-19 Smell and Taste Loss group.

Most anosmia patients with COVID-19 regain their sense of smell within 10 days, according to a pilot study of 237 cases published last month in the journal Otolaryngology-Head and Neck Surgery. (Based on the Facebook group posts and interviews, the recovery period can vary widely.)

Many people who lose their sense of smell during the pandemic are not content to just hope it returns.

Dooey, 35, a barre instructor in southeast England who developed anosmia in March, heard about “smell training” through AbScent’s Facebook group. The technique—originally pioneered by Thomas Hummel from the University of Dresden more than 10 years ago—consists of inhaling from small containers of essential oils like lemon, rose clove, and eucalyptus twice a day for around 10 seconds each.

There isn’t evidence that smell training alone leads to a full recovery from anosmia. It has been linked to limited improvement in smell loss associated with upper respiratory tract infections, according to studies published in the journal Laryngoscope in 2009, 2013 and 2014. In 2015, in a review of the research, a team of scientists from Vanderbilt University concluded that smell training “may be an effective treatment for olfactory dysfunction.”

Dooey decided to forgo the smell-training kits she found online and give the technique a try with what she had around the house.

“I’ve been smelling this same essential oil, trying to see if anything’s coming through from that,” she said.

After about a week of no smell, she could barely detect it. She also sprayed a lot of her favorite Acqua Di Parma perfume around the house, desperate for just a whiff. “It’s coming through a little bit but my partner’s like ‘Stop spraying perfume because you stink so much—you absolutely stink,’” Dooey said. “I can’t smell a thing.”

After 10 days with no smell, Levin, 34, who has worked in tech, said something finally got through. After she tried nasal spray, smelling Purell and breathing in the scent of vanilla candles, Nutella and peanut butter, she finally identified the smell of salmon cooking for dinner.

More Than a Momentary Malady

For those with long-term or permanent loss, the rush of newcomers to the online spaces where they’d long congregated was grating.

“They’re saying things like, ‘I lost my sense of smell yesterday. Oh, my God, I’m frantic,’” said Kelly, who lost her sense of smell in 2012. “Well, all my old people in the group are rolling their eyes because, you know, we’ve been crying and moaning about it for years and no one’s ever paid any attention.”

Dooey and others acknowledged the importance of keeping things in perspective. “I didn’t want to post anything else on that group on Facebook because people have this as a disability—as a permanent disability,” she said.

“On the one hand, yeah it’s panicky to lose two senses,” said Berwitz, 43, a marketing and communications professional, who lost his smell and taste around March 19. “But on the other hand, you don’t want to sound like too much of a jerk. I’m in the middle of the epicenter of the world in New York, of this crisis right now—people are really in bad shape and dying.”

He’s since regained smell and not all of his sense of taste. He said he feels even more lucky to have escaped with mild symptoms overall.

Losing your sense of smell and taste while quarantined can make COVID-19 victims grateful for the return of routine sensations.

“The worst thing is being stuck inside and not being able to enjoy food. It’s been torturous,” said Dooey, a self-proclaimed foodie. “The fact that this is happening when you can’t go anywhere and you all you want to do is comfort eat.”

The whole experience has “really given me insight into just how essential this sense is and how for granted we take it,” said Levin. “This is also tied to people’s mental and emotional well being.”

Kelly said that even though it can be difficult for people with long-term smell disorders to watch rapid recoveries unfold, she hopes increased awareness can draw funding to combatting smell loss.

“There are now smell disorders on the front page,” she said.