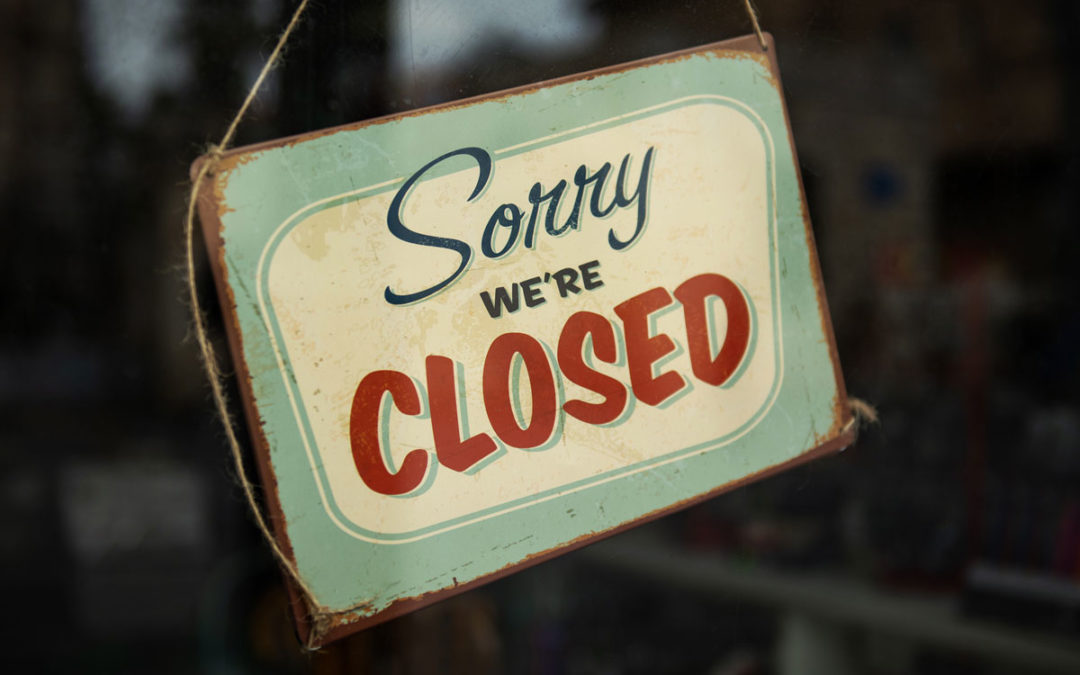 A staggering 20.5 million Americans lost their jobs in April, propelling the unemployment rate to 14.7%, the worst since the Great Depression.

Two months ago, U.S. unemployment was at 3.5%, the lowest in half a century. Within just a few weeks after the coronavirus hit the country, the rate skyrocketed 10.3 percentage points, the fastest it has ever risen.

“The size, scope, and speed of the hit to the labor market almost defies belief,” said Nick Bunker, head of North American economic research at the Indeed Hiring Lab. 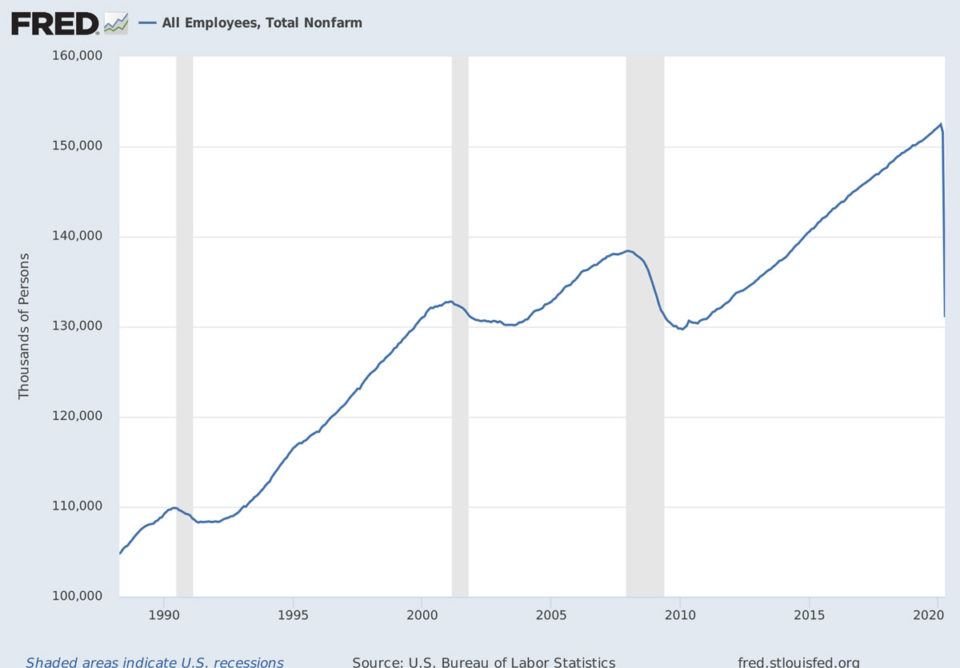 By most metrics, the past couple months have seen far more damage to the labor market than the entirety of the Great Recession. Essentially all of the job gains made in the decade since were erased within the past seven weeks. And it’s only going to get worse: Millions more workers have filed unemployment insurance claims since the data in today’s report was measured in mid-April, bringing the total number of jobs lost during the pandemic to more than 30 million.

“I needed to find a source of income immediately,” said Patterson. With her benefits in place, each week she is now receiving double the money she did at her full-time job.

The job losses in April reflected a more widespread impact on industries than seen in the March report, with a loss of 7.7 million jobs in leisure and hospitality, specifically among restaurants and bars. Additionally, more than 6 million jobs were lost in education and health services, professional and business services, and retail.

Women sustained a large share of job losses, accounting for 54.9% of the total lost. This can be partially attributed to job losses in sectors that employ more women — leisure and hospitality, education, and health services. However, outside of those sectors, women still are hurting more, perhaps as consequence of women not getting opportunities for promotions or the legacy of occupational segregation and historical discrimination.

Overall, the job market is probably even worse than the unemployment rate shows.

The rate doesn’t reflect the millions who have had their hours reduced or their pay cut. The rate of involuntary part-time workers who couldn’t find full-time work was cut in half, as fewer workers were able to find work at all. Nearly 10 million Americans reported working part time for economic reasons, due to slack work or business conditions, up six million from March.

The unemployment rate also leaves out those who have given up looking for work. Though the discouraged workers rate remained essentially unchanged from the prior months, economists expect to see the number grow in the coming months as the pandemic continues and available jobs dwindle down.

The report came with a disclaimer from the Bureau of Labor Statistics, whose data collection was impacted by the coronavirus pandemic. The household survey response rate was 13 percentage points lower than months prior. Had data collection not been impacted, the BLS estimates the unemployment rate would likely be around 21%, just shy of Great Depression levels of almost 25%.

The longer the crisis continues, the likelihood of the economy bouncing back faster reduces. Barring a recession, rather than being “V-shaped,” the recovery is expected to resemble a “lazy J” in the shape of the Nike swoosh, said Joe Brusuelas, chief economist at RSM US. Last month, the number of workers on temporary layoff increased nearly tenfold to 18.1 million. As the pandemic continues to last, temporary layoffs could turn into permanent job losses.

To mitigate the toll of recession and control the steepness of the recovery, the government will likely need to send a lot more money to state and local governments as well create stimulus packages to relieve businesses and individuals.

Ali Marar, who opened Ohana—a snow-cone parlor near Jacksonville Beach, Florida, in early March—is a business owner who is struggling. For the first two weeks, business was great, with strong spring-break beach traffic. All that changed when Gov. Ron DeSantis closed beaches in mid-March. Ohana took nearly an 90% hit in revenue.

“If the beach is empty, so are we,” said Marar.

Since the beaches re-opened on April 17, his business has been battling to get back to pre-pandemic levels.

“This is typically hiring season for us, but we didn’t get the opportunity because we didn’t need them since demand slowed down,” said Marar.

Now, instead of hiring people as planned, he might find himself having to lay people off.