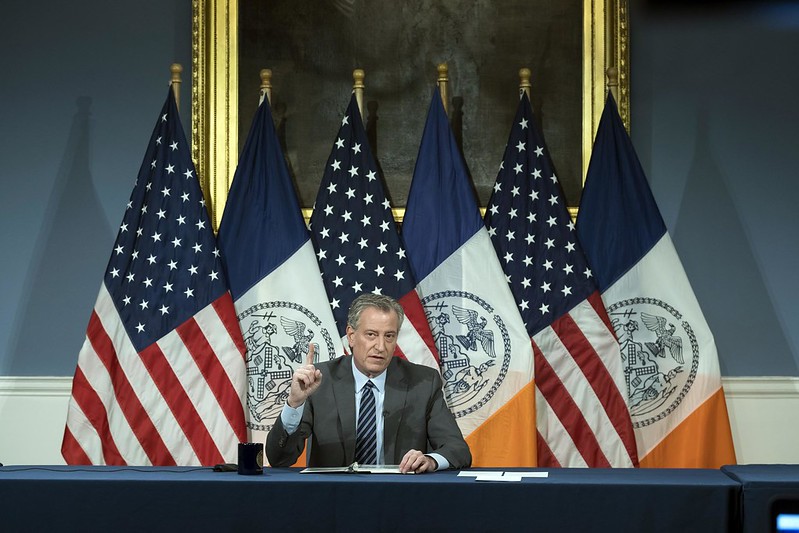 High schoolers have had their senior year cut short, but Mayor Bill de Blasio wants to make sure city public-school graduates still get a commencement ceremony.

Beyond New York, Facebook and TV networks also are helping graduating seniors across the nation celebrate.

New York will organize an online graduation ceremony, de Blasio said Tuesday. The planning is in the early stages and a date has yet to be announced. The mayor promised that it will be a ceremony to remember.

“You’re going to have a day of inspiration and support and celebration, no matter what this pandemic has thrown at us,” he said. “We’ll have details announced in the weeks ahead, but expect it to be something very special, very memorable, and all about appreciation for you and family members.”

Special guests will include New York City public-school graduates who have made an impact on the city and beyond.

Parents and family members will also be acknowledged during the virtual ceremony, de Blasio said, to spotlight their love and support.

“You are literally the future of New York City, you’re our hope, we’re going to be there for you, and we need to celebrate you,” de Blasio told the class of 2020. “This disruption has been so intense, but that does not take away our belief in you and our sense of the human moment. This moment is so special to you as you approach graduation. We don’t want you to lose that.”

Facebook’s commencement event—scheduled for 2 p.m. May 15 on Facebook Watch— will include Oprah Winfrey, Awkwafina, Jennifer Garner, Lil Nas X and Simone Biles. Miley Cyrus will perform her hit “The Climb.” Many high schools and colleges will be called out by name, state by state, including photos and videos of the class of 2020 and messages from deans and principals.

“Graduate Together: America Honors the High School Class of 2020,” a one-hour commercial-free special, will air simultaneously on all major US broadcast networks.