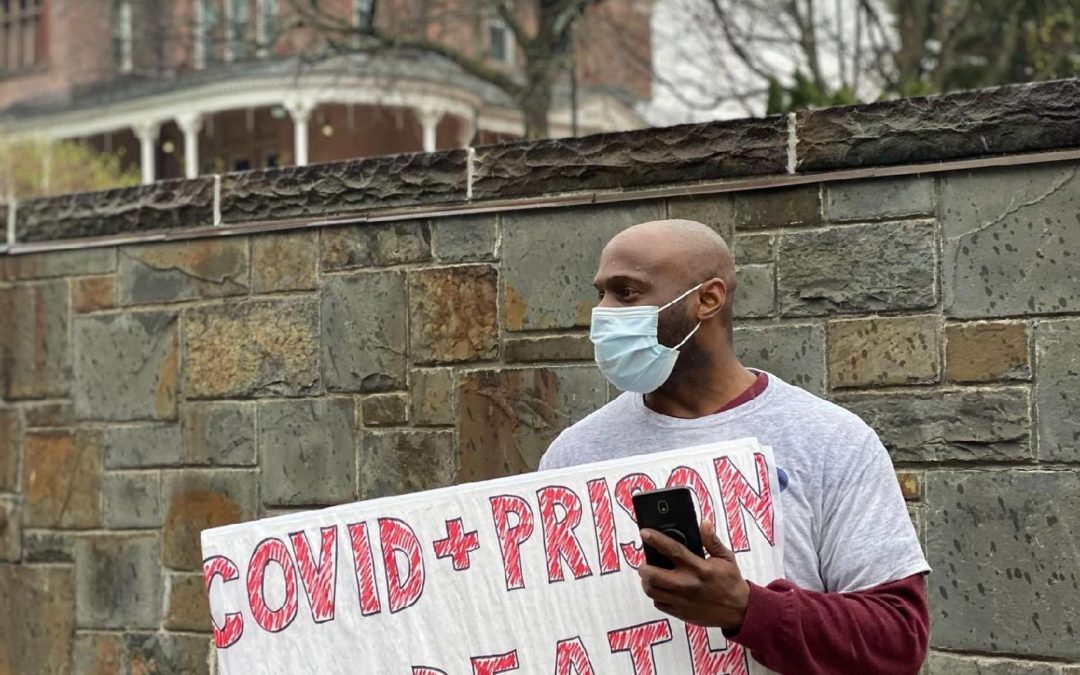 For months New Yorkers planned a big day of action at the New York State Capital. There they would rally for parole reform, call for clemency and hopefully be heard by their legislatures.

Some rubbed their arms against the cold as they chanted, “Let them go!”

The incarcerated are more vulnerable now than ever, said Jolene Russ of Schoharie County, whose husband is incarcerated.

“Every single day I sit around and listen to Gov. Cuomo talk about how we need to build back better than we were before, and that’s true,” Russ said, with the governor’s mansion in the background. “But that needs to include people in prison.”

Russ’ husband, Byron Russ, is incarcerated at Elmira Correctional Facility in Elmira, New York, where more than 300 people over the age of 50 are serving their sentences, according to the Vera Institute of Justice. He has 14 years left.

Elmira is a reception facility, which means hundreds of incarcerated people come in and out as they are processed and classified before being moved to a more permanent location. Byron isn’t able to practice social distancing in the cafeteria, where he has to eat crowded together with 75 other men, his wife said.

If COVID-19 is introduced in a prison environment like Byron’s, as it was at Riker’s Island, officials say it is nearly impossible to track. Michael Tyson, 53, who was reported to have underlying health conditions, was the first announced death at Rikers on April 8. Within weeks, the jail had more than 300 confirmed cases of the coronavirus.

TeAna Taylor worried that coronavirus would be a death sentence for her father, who has been incarcerated for 15 years, she said. She stood in a bright orange hoodie and a black face mask as she addressed those supporting through Zoom and Facebook.

“He’s a changed man,” she said. “He did not get sentenced to death.”

Gov. Cuomo has the ability to send incarcerated seniors home, some of the family members said. With the spread of COVID-19 only a matter of time, Taylor said, he should do it immediately.

Some work for the state-run company, Corcraft, for $1 an hour to produce hand sanitizer, but aren’t allowed to have hand sanitizer themselves because it contains alcohol, which is contraband.

“I’m worried that they don’t have enough proper sanitary measures in there,” she said. “Our loved ones are incarcerated making hand sanitizer that they cannot use.”