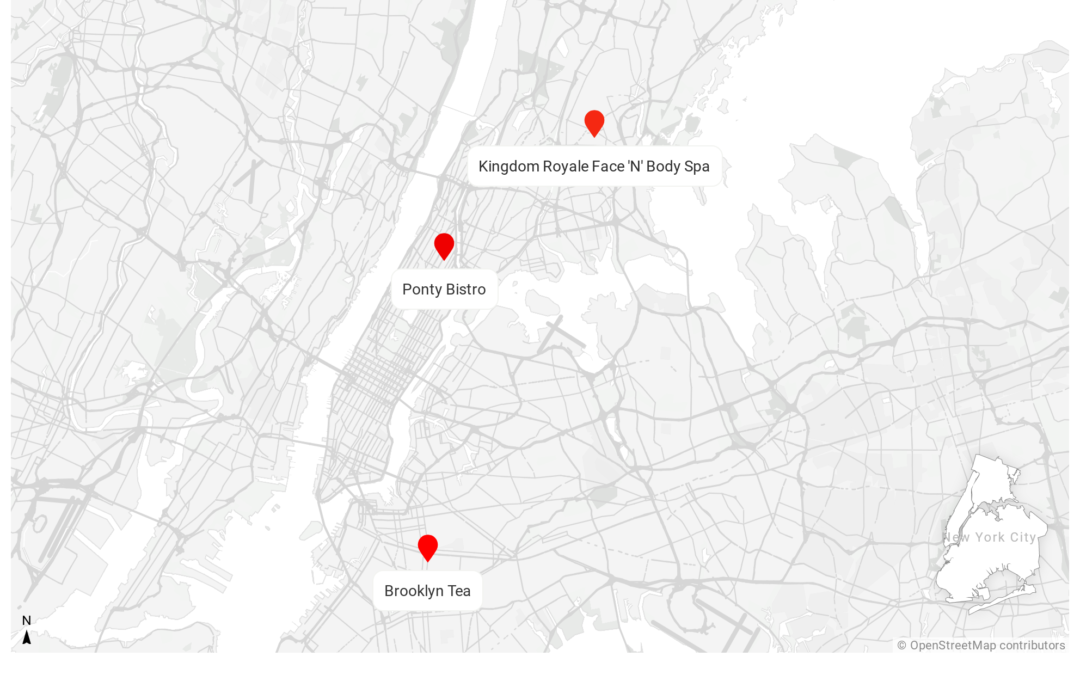 New York City has a disproportionately low number of black business owners, and the coronavirus crisis threatens to make that number even smaller.

Black New Yorkers make up 22% of the city’s population but only 2.1% of firms are black-owned, according to the city Department of Small Business Services report.

In normal times, these businesses—including retail and service enterprises such as restaurants, clothing stores, and specialty shops—often struggle to remain open. “Black-owned businesses are less likely to survive after five years,” the report said.

Getting the capital they need to operate is also a bigger challenge for black business owners across the U.S.: Only 1% obtain loans in their founding year, compared to 7% for white owners, Brookings Institute reported. Obtaining loans now is even more difficult.

Here is how three black-owned businesses are trying to beat the odds in the face of the pandemic.

Since the virus hit, sales are down 75%.

The Bedford-Stuyvesant shop is deemed an essential business and is operating under strict social-distancing guidelines, which takes away its traditional role as a neighborhood communal space.

“Our store has become somewhat of a cultural one-stop shop for people in the neighborhood,” McGill said. “A lot of who we are as a tea shop in that sense, the cultural sense, is null and void.”

Brooklyn Tea had been a place for tea-lovers and tea-cynics alike. “A lot of artists gather here, mothers and children. We have different demographics. But a lot of people are black,” McGill said.

McGill isn’t surprised that black owners again appear to have been left behind on emergency funding. “We don’t really stand a chance to get these things that people are celebrating,” she said, after listing a handful of loans the couple has applied for and not received.

There are a maze of obstacles to getting government stimulus funds. Applying through the banks where McGill had previously attempted to open a business account can mean encountering requirements new entrepreneurs can’t meet.

If black businesses suffer more than their share, so will their employees. “Black businesses hire more people of color, more frequently, at a higher rate,” McGill said.

Brooklyn Tea continues to serve customers in person and online. “If people happen to be on their daily walk, get their wiggles out, we’re still open,” she said. Buyers also can make purchases through Grubhub or other online means.

For any of those consumers, the shop has crafted an Immunity Booster Box designed to help soothe the stressed-out.

Sophia Lawrence has long been active on social media, with more than 11,000 followers on Instagram. Now, that fanbase is especially important. Her spa in the Williamsbridge section of the Bronx is offering only curbside and online sales.

The majority of Kingdom Royale’s revenue had come from in-person hair and skincare services.

“Do I pay my mortgage, do I need a place to live, or do I pay my shop rent?” she said. “These are the choices I’m forced to make now.”

Lawrence, founder of Kingdom Royale Hair ’N’ Body, runs her company with help from one employee she continues to pay as much as possible. Her cosmetics line, which includes hand sanitizer, is made with blended mixtures of organic herbs and essential oils from as far as Ghana, Greece, India, and Jamaica—where she was born.

#sanitizer #sanitize #handmade #handsanitizer – We are still “On Pause Practicing Social Distancing and Sanitizing!” But we are doing so with “Be Wise Sanitize” Rated #1 to remove 99% germs without harmful toxins to Hands while keeping them moisturized!! Get more information about purchasing ?? http://linktr.ee/shopkingdomroyale.com for curbside pickups call 646-499-4939 #smallbusiness #smallbusinessowner #bronx #bronxbusiness #bronxhairstylist #bronxmua #bronxtale #blackesthetician #bronxdermatologist #kingdomroyalehairnbody #kingdomroyalefacenbodyspa

She’s applied for aid designated to small businesses and has been redirected to multiple agencies. The arduous process ended in an email that said funds had run out and that she would be on the list should they be replenished. And because of her 2019 income, she also does not qualify for the individual $1,200 stimulus check amid her current financial uncertainty.

As she struggles to rework how she conducts business, Lawrence again sees big companies and banks faring much better. Small business owners grappling with both personal and company decisions can feel that corporate interests are once more getting a better deal, just as they did after the Great Recession of 2008.

“You don’t qualify for the stimulus, you’re not getting help, there’s no income coming in. So you’re at the mercy of who comes to your website,” said Lawrence adding, “I’m fortunate to also have products that people can go online and place orders for. But the bulk of my income was coming in from in-person services.”

With hair and skincare services suspended, Lawrence is leaning on her website and social presence to survive. Customers can swing by the curbside, check out her offerings on Instagram, and make purchases on Amazon. Along with other entrepreneurs, she is using the hashtags #SmallBusinessOwner and #BlackBusinessOwner to showcase her operations.

The coronavirus also has led Lawrence to unconventional ways of providing spa care, like virtual skin analysis for clients. The pandemic, she said, is “forcing us as business owners to come out of the box of doing traditional business.”

Business is down 90% at Cisse Elhadji’s restaurant. That hasn’t stopped him from preparing hundreds of free meals for Ponty Bistro’s Harlem neighbors.

These days, he said, “It’s not about making money, it’s just about trying to survive.”

Ponty Bistro, on the corner of Adam Clayton Powell Jr. Boulevard and 139th Street, serves French and African food, such as croquette de crab or a Niokolokoba steak dish. Customers can order pickup and delivery via online services including Grubhub, Seamless, Postmates and Uber Eats.

Ponty’s employed 35 workers before the pandemic. Now, only two chefs, one dishwasher, and Cisse remain. He hopes to hire everyone back when the crisis passes. Until then, all food businesses will need their local supporters, he said.

“Know your favorite restaurant in the neighborhood and order just one dinner. That 10 dollars or 15 dollars is going to help you pay a cook or dishwasher.”

Despite applying for loans and other assistance programs, Ponty Bistro hasn’t yet received any government or private aid.

He’s been talking to other local business owners and hasn’t heard that anyone has received the small business funding that the city has touted.

“The people who have restaurants next to me haven’t heard nothing,” he said.

In a Harlem increasingly transformed by gentrification, a lack of financial support for black-owned businesses is stoking fears that the local economy will be changed in permanent ways. Cisse would like to see the ranks of black entrepreneurs expand, to better serve the community.

“A lot of black people don’t have their own businesses,” he said. “We want to help them so they can have that business around.”