Passover in a Pandemic 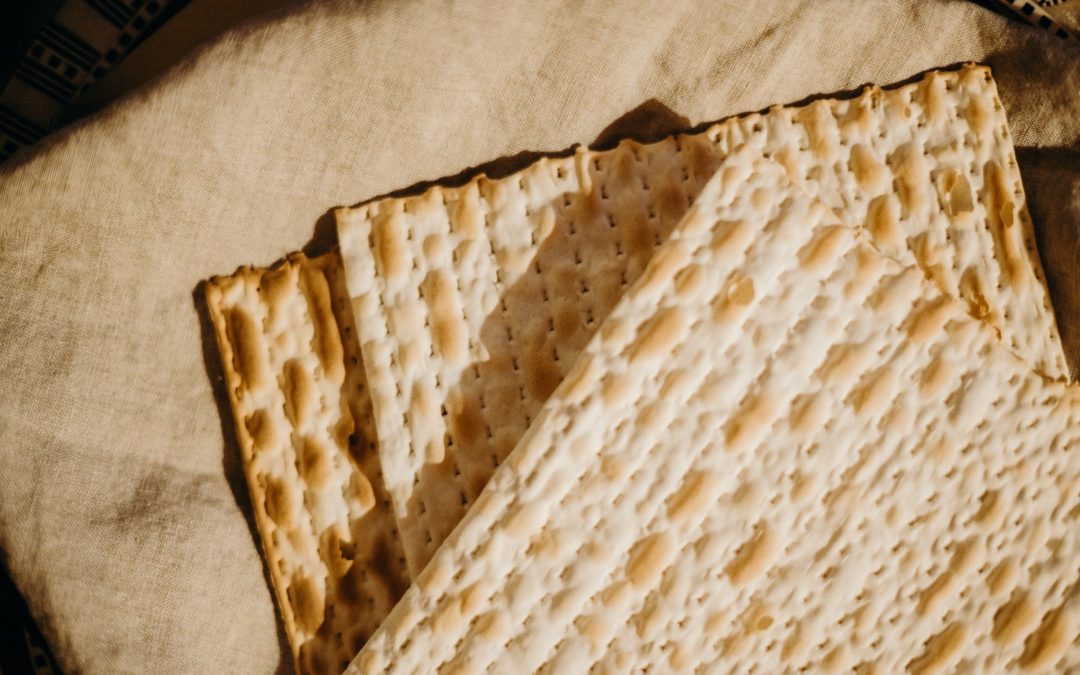 New Yorkers all over the city are adapting to new conditions this Passover, the Jewish holiday celebrating the ancient Israelites’ escape from slavery in Egypt. This year, Jewish people are figuring out how to honor their ancestors while feeling more trapped than ever.

Here are a few of their stories…

Sing To the Beat of Your Own Computer

Passover is Mel Flaxer’s favorite holiday. She considers herself more culturally Jewish than religious, but always commits to performing all of the traditional songs and prayers in a Seder.

“We really go crazy,” she said of her family. They sing all of the Hebrew songs in silly voices and tend to talk and laugh over each other. Under normal circumstances, she usually does one Seder in Massachusetts with all the extended family, and then does a second at home in Scarsdale, New York.

The holiday crept up on Flaxer while she was in isolation. At 27, Flaxer is a teacher in the city who is supposed to be on spring break. But her break won’t be happening this year, after Governor Cuomo’s executive order cancelled the reprieve in order to continue remote learning.

As she realized the first Seder was upon her, Flaxer hastily told her roommates that she’d be taking over the living room of their Crown Heights apartment for the night. She reheated some meal-prepped rice and beans, missing her mother’s homemade brisket, turkey, matzah ball soup, and gefilte fish.

“There’s usually so much goofing and interruptions, so in that sense it went a little faster,” she said of the ceremony.

They performed all the prayers, sometimes switching off who sang which verse to control for technical delays. Call and response songs were the easiest, Flaxer said.

Her father had mailed both her and her brother their prayer books from home, so they could all follow along together.

“It’s super bittersweet to see everybody and share space together, but not be physically together,” she said.

Sitting Still Is Hard To Do 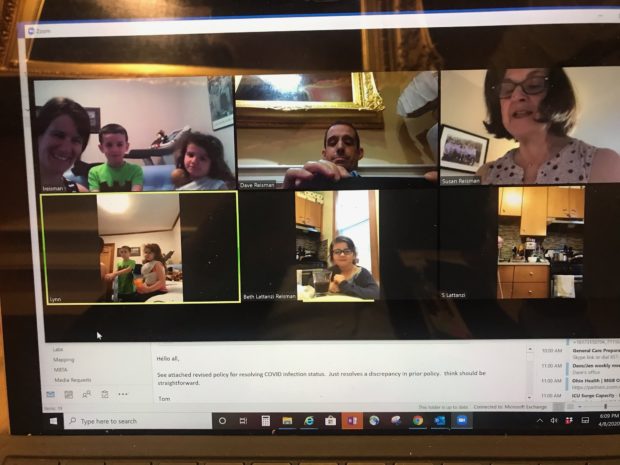 Beth Reisman knew that the ceremonial storytelling parts of the Seder needed to be quicker than normal this year. With three children under the age of seven in the family, including her 4-year-old daughter Josette, it would be even more difficult to keep everyone in front of the computers.

“All the kids were clamoring and jumping up and down,” Reisman said.

Reisman’s mother in Massachusetts found a 10-minute ceremony online that ended up only taking about five.

“They’re pretty young to sit through a Seder, even in person,” she said. “This year, it was extra quick.”

Josette is in preschool at a local Catholic school in Astoria, Queens that offers free pre-K per the city’s initiative. Her teachers send story time videos and workshops to print out. There are even message boards and video messaging tools the students can use — but it’s hard to make it all feel normal.

“My daughter competed against nobody to find the afikomen,” Reisman said. The afikomen is a piece of matzah that’s hidden during the Passover Seder for all the children to search for.

Josette didn’t mind searching alone, but it wasn’t the same for Reisman. Normally, they’d spend the weekend in Massachusetts with everyone in person. Instead, she called in from their home in Astoria. Her mother-in-law joined from Colorado, and her brother joined from his workplace — an emergency services department at Massachusetts General Hospital.

“It sort of felt like a current rite of passage to have a totally awkward, dysfunctional family attempt at getting on Zoom,” Reisman said. Still, “I missed actually being able to see my family.” 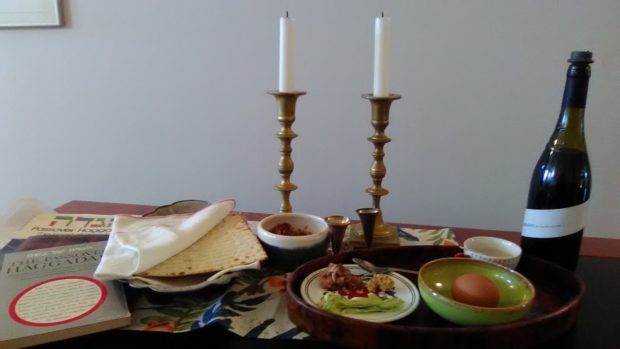 Nancy Mandel’s family was never good at singing, so one of the benefits of doing her Seder alone was that she got to sing all of the songs. Alone in her apartment, she performed the full ceremonial Seder prayers on Wednesday evening.

She also got to use the prayer book she likes. At her cousin Carol’s Seder in Manhattan where Mandel usually goes, they still use a child’s prayer book, even though Carol’s children are in their thirties.

Mandel, 59, who lives on the outskirts of Carroll Gardens, will have a virtual Seder with her family on Sunday. But she liked thinking about how she and all the other Jewish people were doing the same thing at the same time on the actual holiday.

“I just knew that I wanted to do it,” Mandel said. “Because, I don’t know. Because it’s what Jews do.”

At her solitary Seder, everything on her placemat had a special meaning to her. The placemat was from a friend, her bowl from a next-door neighbor. She drank her traditional four glasses of wine out of little silver cups that held about a teaspoon-and-a-half of liquid.

Her centerpieces were brass candlesticks, which her mother had insisted she take from her grandmother’s house after the matriarch died almost a decade ago. Mandel remembered fighting her mother about it, not wanting them.

But her mother insisted, and eventually Mandel wondered, “Why am I fighting about this?” She took the candlesticks. This year, she was grateful.

“It was somehow meaningful for me,” Mandel said. “I was alone, but I don’t think I was lonely.”