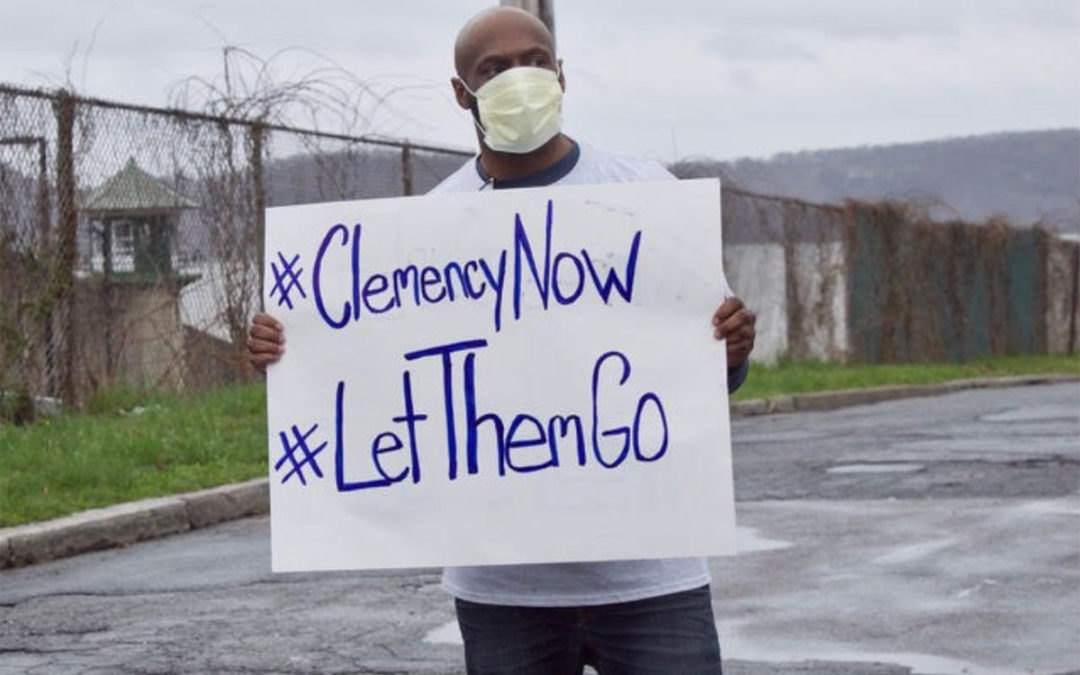 Go to City Limits for the full story

Advocates gathered in cars or stood six feet apart outside Sing Sing correctional facility last week to hold a vigil for Juan Mosquero, who died of the coronavirus while held in isolation.

Mosuquero, 58, had complained for weeks about difficulty breathing. Criminal justice advocates are calling for Gov. Andrew Cuomo to grant emergency clemencies to those who are especially vulnerable, such as the elderly and the immunocompromised.

Last Friday, their campaign came to Sing Sing, with some people gathered within social-distancing parameters and others watching from their cars. About 100 others watched the vigil online. Supporters, many of them elderly spouses and parents of the incarcerated, are showing up as best they can.

“For the love of God, Governor Cuomo, we need you to act,” said David George, assistant director of the Release Aging People in Prison Campaign. “Mosquero is the first, but won’t be the last until you act.”

A least 1,000 people have been released from New York City jails. Six hundred were part of a group of 1,100 held on technical parole violations whom Cuomo ordered released.