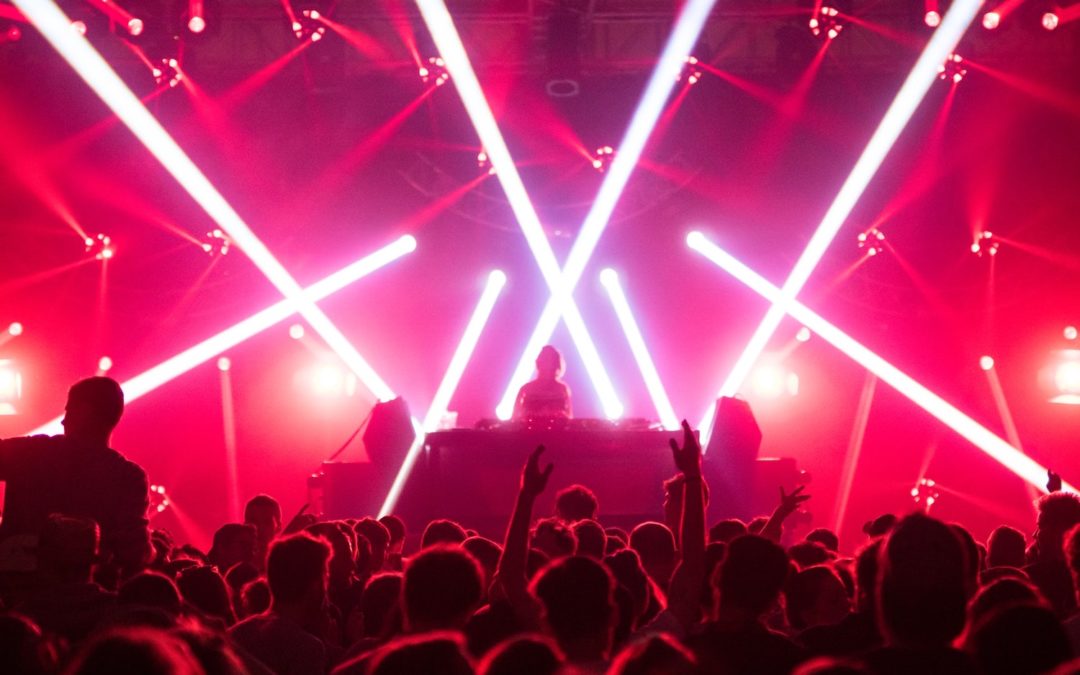 When coronavirus ordered “last call” on New York City bars and nightclubs on St. Patrick’s Day, Tasha Blank was at a loss. The international DJ and founder of the popular NYC-based dance party The Get Down, packed her bags and left for her parents’ house in Washington D.C. thinking her successful career in nightlife was over.

Two days later, her party was back in business—online.

Later that week, Blank decided to livestream a last-minute dance event in lieu of the in-person party that had been cancelled. On a whim, she sent out an email invitation to her listserv.

“I was like, ‘Whatever this online dance thing is not going to work. It’s all about being in person with people, it’s all about the energy,’” she said.

Then she checked her email. It was completely sold out.

That night, 350 people from around the globe tuned in via Zoom for a virtual version of The Get Down. Blank and her crew of producers and entertainers had been hosting the inclusive dance event at the city’s hottest party institutions for the past seven years. Now partiers danced at home—by themselves, with roommates, in costumes, with pets, all moving along to Blank’s beats.

“We’ve had moms breastfeeding and dancing,” Blank said. “We’ve had people who turned their living rooms into clubs and got out their colored lights and got dressed up. We’ve had people in their underwear—we had one woman who was like ‘I’m turning off my video and getting naked.’”

At the next virtual party, 550 people joined. Three times a week, Blank takes to Zoom to play her mix of rhythmic, bass-heavy beats and high-energy electronic dance music. A $6 minimum donation helps support Blank and three event staffers. She aims to create more positions down the line for other gig workers who have lost their jobs.

“This shared experience that we’re all having is so intense,” she said. “Giving people a space to just go wild with their bodies and let their bodies literally shake out their trauma and tension and all of that stuff that has to move. I think it’s becoming a basic human need.”

Blank’s real-life events were known for its diverse crowds and emphasis on free movement and community, things that often gets lost in modern club culture.

Unlike most New York City parties, which can linger as late as 4 or 5 a.m., The Get Down took the early shift, starting at 7p.m. and ending by 10. The party also prohibited drinks and phones on the dance floor, to “create a space that is for connection with the body and with each other in the present moment,” Blank said. The priorities  of diversity, mindfulness, uninhibited self-expression attracted a loyal following.

The Get Down’s move online is  a play other DJs and nightlife venues are making. Discwoman, a music collective and booking agency that represents cis women, trans women and queer artists, threw an eight-hour dance party on the video platform Twitch. Trendy clubs, like Good Room and Nowadays, are live-streaming DJ sets.

The feedback for Blank’s party stands out. People need a place to take a break from the daily news cycle, find community, and move their bodies. The Get Down makes space for all of that.

During the first event, people shared their feelings in the Zoom chatroom.

“I’ve been lonely all day. Not now,” said one attendee. “I remembered we can fix this mess with our feet. Spirit is here,” said another.

The comments rolled in:

“I haven’t felt this whole in a long time.”

Whatever their goal may be—hope, laughter, sweat or making a friend—Blank is here for it.

“What we’re realizing is now we can actually bring to so many more people who need it,” she said. “I want people to come away having experienced that giving their body’s permission to move gave them exactly what they needed.”