On the Ninth Day, I Got High With Dad 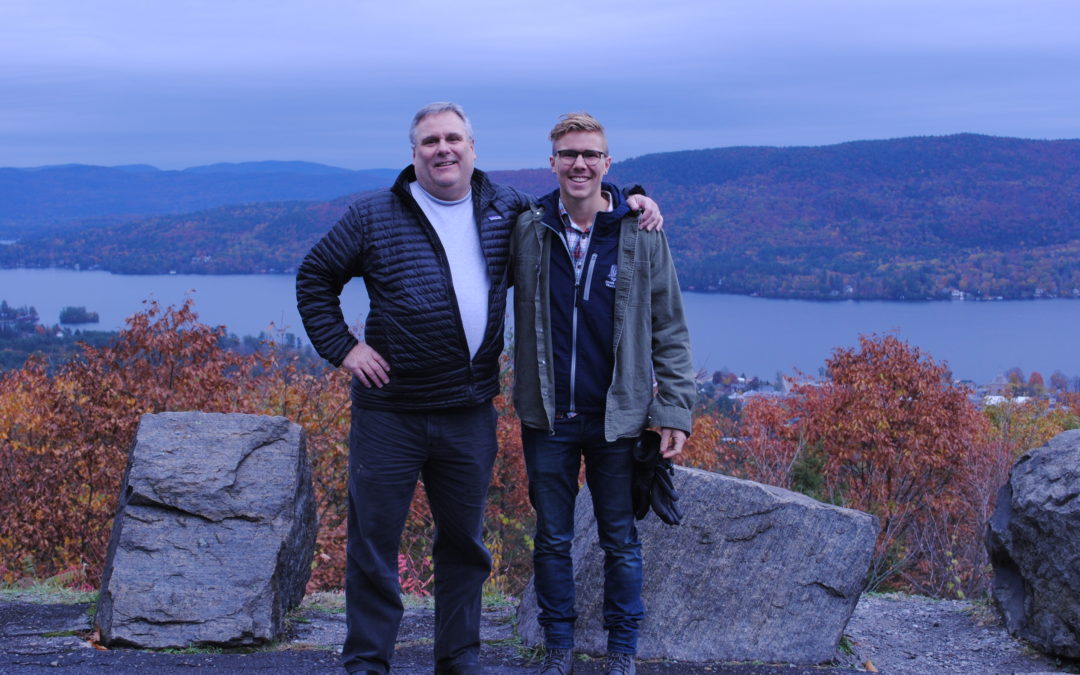 After just nine days of quarantine in my childhood home on Long Island, the stress broke me down. I walked downstairs and looked my father firmly in the eye.

He was so excited he jumped off the couch.

We both have cannabis experience. Neither of us are regular users. We’ve joked about it but had never gotten high together.

The two of us obviously aren’t the only ones getting high at home. In states with legal cannabis, dispensaries have been deemed essential businesses. Roy Bingham, CEO of BDS Analytics, a cannabis market research firm, reported tremendous growth in the industry since millions were directed to shelter in place. Bingham predicts legal sales will continue to grow 30% in U.S. retailers, which roughly translates to $17 billion worth of weed in 2020.

It’s been just the two of us and his dog sheltering in place. I’ve been continuing school online. His job as an accountant for 33 years seems to have vanished entirely. He suspects the pandemic is a three-year head start on retirement.

The contrast between my workload and his boredom has been stark. It only took two days before he barged into my room while I was working.

“Hey, let’s eat a gummy!” he shouted, as he has every day since.

“Where are they?” I asked him, referring to the pack of cannabis-infused candies I gave him for his birthday last month. At the time, I thought it was a joke gift.

“Those are long gone,” he replied. “Don’t you have some?”

I didn’t know what shocked me more: that he assumed I just had weed on standby or that he ate all those candies in a month.

Luckily, I found some in my car. He was nervous about eating an entire gummy, so we cut the first one in half, to serve two.

Before eating it, he made me compare the two halves in front of him. He was suspicious that I was giving him a bigger piece.

He gobbled up his half, turned off his phone, and dimmed the lights.

First, we went into the basement to play ping-pong. A tradition of ours. On the carpet is a piece of scrap paper we use to keep score under a line that says, “The Quarantine Classic.” At the time, he was up 16 games to 12.

House rules say you have to play off the wire that hangs through a ceiling tile in the semi-finished space and dangles just over the net.

We both started strong. Then our games deteriorated as the weed slowly hit.

We broke out laughing so hard we couldn’t keep score. When I smashed a serve he couldn’t return, he lobbed back an insult. “You know, it’s a good thing you grew a mustache,” he said, pausing to carefully chose his next words. “Because you look like a girl.”

My high then paved the way for the tremendous happiness of watching my dad enjoy his. Even though I live just on the other side of the East River, we don’t get to spend time like this. Often, I worry about him alone in his house with no one. Last fall, his first dog passed away. Almost instantly, he got a new one.

After ping-pong, we argued about whether his dog is incredibly smart or incredibly dumb. He said she is clearly genius: She knows how to sit on command, sometimes. I noted that she eats rocks. He gave up and said it would be a good idea to eat another half of a gummy.

I attempted to make a joke about his graying hair and his newfound party energy, but talking was hard at that point. I cut another gummy in half. He retrieved his glasses to make sure the slices were even.

Now that the weed was slowing us down we decided to watch “The Big Lebowski” on DVD. It’s been my favorite movie ever since my dad introduced it to me during Hurricane Sandy eight years ago

It took us a half hour to figure out how to turn on the player. Eventually, we made it happen.

Briefly, I felt thankful that the virus brought us together for this moment. Once again, it is just my dad and me navigating a moment of crisis. From disaster to pandemic, with almost everything else uncertain, I know that I can count on my dad to sit me down and find a way to make things feel better.

By 11 p.m., he said that weed made him feel weird and went to bed. He reminded me that the next day I had to get right back to work.

The next morning, as I opened emails and made breakfast, he had one question.

“So how many gummies do we have left?”