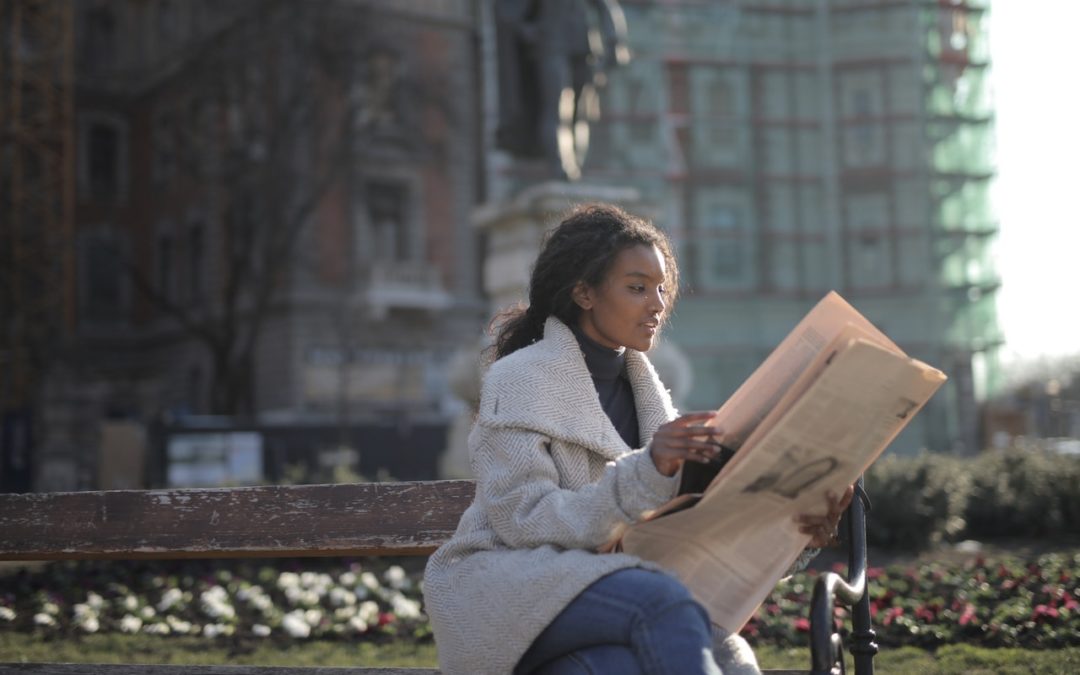 Coronavirus is not going away anytime soon, but that doesn’t mean it should be a constant worry on your mind. Here are some of the articles I read today that let me finally breathe.

In parts of the Midwest, Tractor Day is the highlight of National Future Farmers of America Week, which takes place every February. It’s also a day where teenagers like Brant Hiestand get to drive themselves to school—a tradition that dates back to the early 1980s.

For the first time in its history, Goldman Sachs will have its first class of black and Latinx entrepreneurs to receive investment. According to research nonprofit digitalundivided.com, black women earned less than one percent of investments raised by startups between 2009 and 2017. Goldman Sachs has committed to allocating $500 million to companies with diverse leadership.

Who knew you’d want to make an origami frog? BBC did. Follow this interactive tutorial that lets you change the camera angle. There’s also an option to repeat steps if you get stuck, which sounds just like me.

Surprise, surprise: an audit of the FBI’s surveillance warrants produced by the Justice Department reveal procedure issues. When judges seek a warrant, a specific set of procedures ensures that the surveillance request is justified. Not only did Justice Department Inspector General Michael Horowitz find errors in these records, the files providing detailed support for four of the 29 applications reviewed were missing. Politico’s Josh Gerstein and Kyle Cheney break down the case here.

Being from Florida, I have seen all of the “Florida Man [insert something bizarre]” stories. The recent Netflix series, “Tiger King” makes me really homesick. One episode of the series revisits the disappearance of roadside zookeeper Jack “Don” Lewis and casts suspicions on his Florida millionaire wife—now, police say tips are once again rolling in.

Bonus: If you’re obsessed with Tiger King, here’s a roundup of things you should read to get your fix.

Who Cares About The Planet

Remember the protests against the Keystone XL oil pipeline? The long-delayed project is finally moving forward, according to NPR. After a movement that forced President Obama to reject the project in 2015 over environmental concerns, the pipeline is set to pump oil over 1000 miles—and through Indigenous territories—‚by starting in 2023.

On Which We Discuss Meghan Markle’s Signature Hairstyle

Come on, you’ve thought about it. And now you can read about its origin story, thanks to George Northwood, Markle’s royal hairdresser.

Who Cares About The Planet: Part Two

The Trump administration released its final draft of the Safer Affordable Fuel-Efficient (SAFE) Vehicles Rule Tuesday. It is a major step back from the automobile emissions standards instated by the Obama administration, which required automakers to increase fuel efficiency to 54 miles per gallon by 2025.

For office dwellers who spend all day hunched in front of a computer screen, this small device may be the answer to your posture problems. Wired’s Medea Giordano tried this back straightening device, so you don’t have to.

Have you ever dreamt about eating your engagement ring? This woman did, and then she really did. Enjoy.

As in Water, As in Life

Jazmine Hughes’ “Learning to Swim Taught Me More Than I Bargained for” is a lesson in self-acceptance. As Hughes finally learns to swim at age 28, she finds the experience mirroring the challenges in her life sexuality.