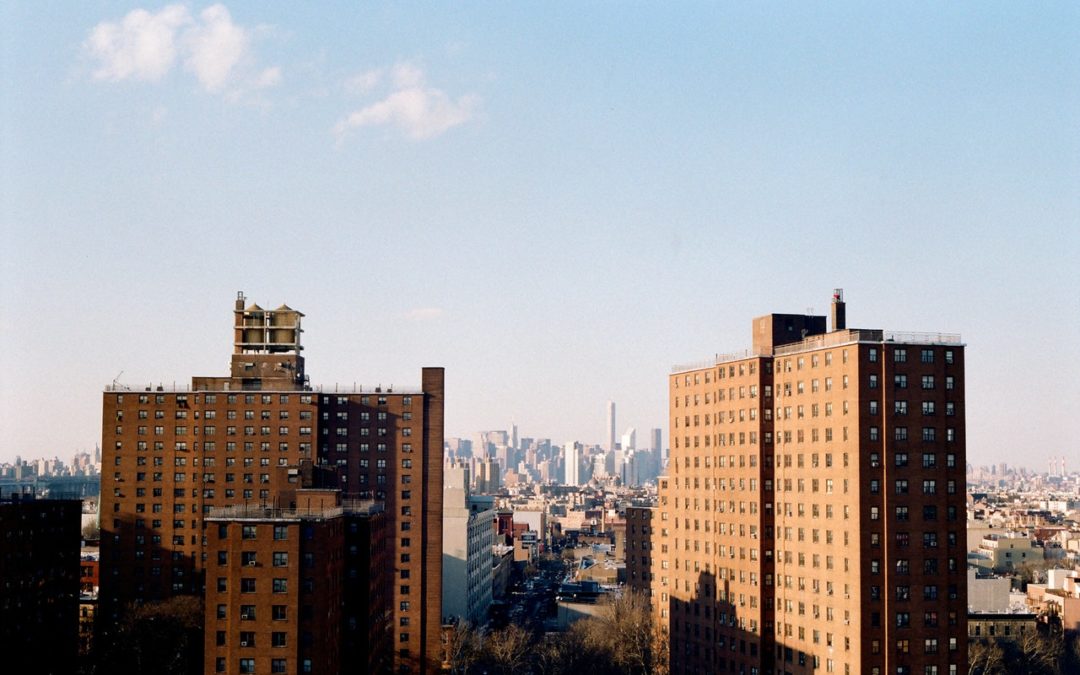 After committing to working in developing countries for 27 months, Peace Corps volunteers have found themselves back in the U.S. much sooner than expected.

The federal government program recalled more than 7,000 volunteers from more than 60 countries as coronavirus spread across the globe. Those returning to New York are looking for work and housing in America’s COVID-19 epicenter.

“I’d like to say it’s good to be back, but that would be a lie,” says Lex Brode, 21, who was evacuated from Zambia two weeks ago.

Brode was training to become an agriculture volunteer working in fisheries when the order came to return. She’d said her goodbyes to her family and her boyfriend before flying to Lusaka and was prepared to not to see them for more than two years. Suddenly, she was calling her boyfriend up and asking if it was possible to quarantine with him at his apartment in Crown Heights.

Though Brode and her fellow trainees had only been at their assignments for two weeks, they were given $4,500 from Peace Corps for resettlement—about half of what they would get after a full term. She’s using the money to rent an apartment from a Bushwick resident who left the city to ride out the pandemic with their family.

“So many people in New York are leaving and looking to sublease their apartments, people moving to New York have a little bit of an upper hand,” she said.

She won’t be able to make the move until her quarantine ends later this week. In the meantime, she’s looking for work in international relations or refugee resettlement. Many organizations are adjusting to working from home, however, and the job hunt is tricky. Brode says she’d be happy to make a temporary return to waitressing. That’s not possible with restaurants restricted to delivery or takeout.

She considers herself lucky, though. Other volunteers had ended leases and sold their cars. Now, they’re back way ahead of schedule, without a place to live or transportation. Some senior volunteers had to move in with their adult children.

Brode’s class has been in touch via Facetime and group chats, supporting each other as they adjust to their new reality—and count down the days of quarantine.

“I’m grateful for that. Being back in the city has been really hard,” she said. “It’s been weird—I’m living in New York. But I haven’t left Brooklyn, I haven’t left Crown Heights.”

When you can’t hug mom

For Emily Goff, 27, another former Zambia volunteer, the transition came after serving for nearly a year. She’d been working on village projects, speaking Mambwe and eating chima, the stiff maize porridge that is a staple in East Africa.

When the call came to leave the village and go to the capital for evacuation, Goff said volunteers expected to have a week to say goodbyes. As major regional airports began to close in Nairobi and Johannesburg, the decision was made to move fast. She found herself in a hotel in Addis Ababa, Ethiopia, with 700 other  volunteers on their way out of sub-Saharan Africa.

A government-chartered flight for the volunteers and US embassy staffers took them back to an otherwise empty Dulles International Airport in Washington DC. Goff  continued on to Kennedy Airport. Her mother picked her up and they couldn’t hug after a year apart. Goff sat in the back seat on the way to the Airbnb in Long Beach, Long Island, where she was quarantined for two weeks.

“After all the traveling, I was just happy to be home,” she said.

Goff has been able to take advantage of a stipend offered to volunteers who are unable to quarantine at home. Alone in her Airbnb, she’s been lining up a job and a place to live, a routine that reminds her a bit of village life: “I’m very used to isolating, social-distancing, and being bored.”

She is looking forward to a bagel with lox and grabbing a McDonald’s milkshake. It has happened yet.

Tomorrow, she’s moving back to Brooklyn, where she lived before joining the Peace Corps. She’s taking over a furnished room in Bushwick from former volunteer she connected with on a Facebook page for alumni based in New York.

“I’ll be there for a month or so, quarantining,” Goff said. As luck would have it, the new apartment is just blocks from her old place. For now, she has her old job as a social worker back and is a little worried about working in city shelters again, on what she calls “the front lines.”

“It’s not the New York I wanted to come home to,” she said.

Brooklyn native Lianna Kardeman, 25, was nearly done with her service in Peru when she found out she was leaving. Her cohort was in the capital of Lima, attending a “close of service” conference.

“It was really nice, because we did get that closure,” Kardeman said. “In my mind I already knew I was coming back sooner rather than later—I had already completed a lot.”

What they didn’t expect was being unable to say goodbye to their host families and communities. Kardeman said they transitioned from “business as usual to evacuation” almost overnight, when Peace Corps Director Jody Olsen made an announcement from Washington.

After a whirlwind of flights, she was back in New York, unable to quarantine with her parents at their home in Midwood. Instead, she’s living in an Airbnb in Dumbo. Her folks dropped off two weeks of food and waved to her from outside.

“Low-key, so many volunteers are joking about this, but service really prepares you for quarantine,” she said.

For Kardeman, that means catching up on a lot of Netflix, working on a puzzle her mom dropped off and planning for the future. A civil engineer, she was hoping to move to Miami after her service and was interviewing as recently as last week. All those jobs are on hold.

She’s focusing on government jobs in New York, where there’s still hiring, and she has preferential status as a returned Peace Corps volunteer. The same Facebook group where Goff found her apartment has also been a great way of finding job leads.

She’s also looking to grab a bagel before she leaves the city and heading to her aunt’s place upstate to ride out the worst of the outbreak. She’s been in contact with her host family back in Peru, who are worried about her.  The coronavirus has been a much bigger threat in New York than in rural Peru.

“That’s been the hardest part, she said. “We left and the people that were there for us in the last two years. We all of a sudden abandoned them in their time of need.”

Her host mom hasn’t let anyone touch her room, and assuring Kardeman it will remain ready for her as soon as she wants to come back.