The Curtain Fell on Her Big Break 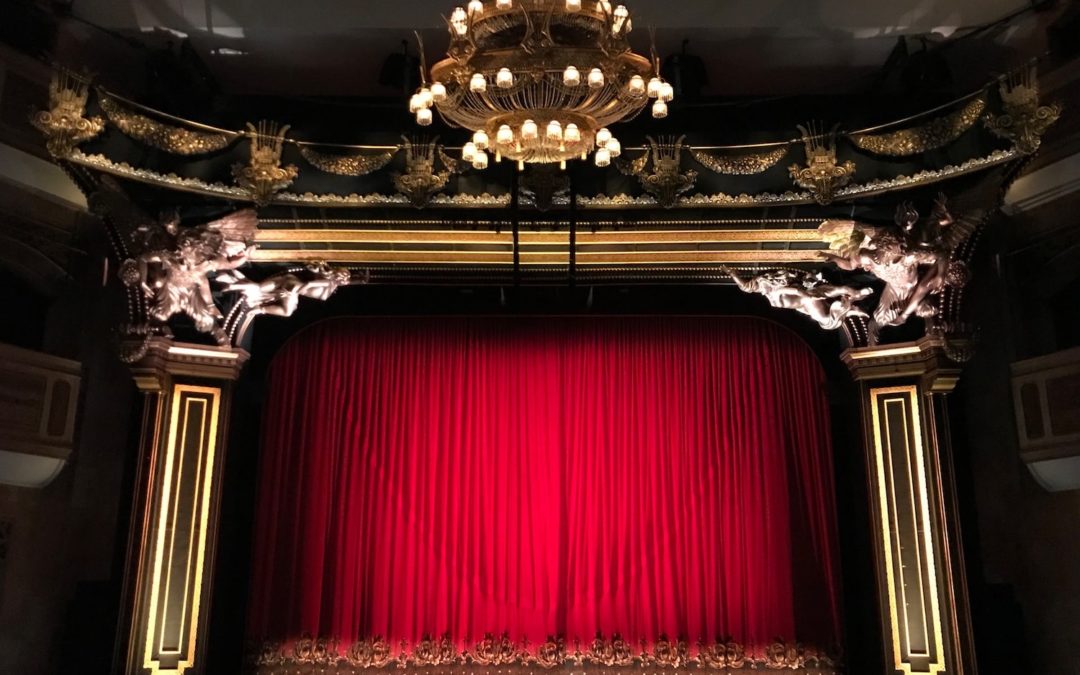 At 31, Baize Buzan was on her first paid vacation.

Since the start of rehearsals in September 2018, Buzan had been working on Broadway’s “To Kill a Mockingbird” as an understudy for Scout, the tale’s protagonist. The role was played originally by Celia Keenan-Bolger, who won a Tony Award for her performance, and most recently by Nina Grollman.

Buzan also held an ensemble role, giving her two different roles to perfect. Double work. Once the show began that December at the typical Broadway pace of eight performances a week, Buzan was ready at a moment’s notice to take the spotlight if needed (around 30 times so far).

Finally, after all that work, Buzan was taking some time for herself. And then Gov. Andrew Cuomo shut down Broadway. For now, she’s out of work.

Buzan is not alone—the dozens of productions on Broadway support more than 87,000 jobs. Last season, audiences reached an all-time high of 14.77 million and the shows grossed $1.83 billion at the box office, according to the Broadway League, the industry’s trade association. When the lights went out on March 12, those workers went home. When they are coming back is uncertain, and in an already precarious industry, this could be the final act for many rising stars.

On March 10, Buzan left for the airport to fly to Austin for two days and then a few days with a friend in New Orleans. New York City was still operating more or less normally—at 36 confirmed cases, the city was only encouraging staying home if sick and for everyone to wash their hands. The phrase “social distancing” had yet to become a mantra. 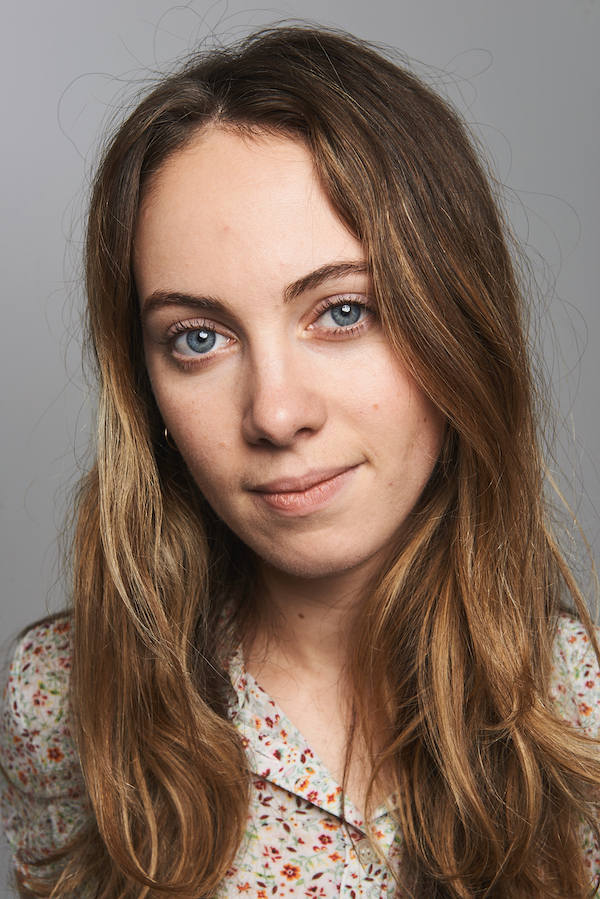 Baize Buzan, 31, served as the understudy for the role of Scout Finch in “To Kill a Mockingbird.”  (Peter Senzamici)

Taking the news of COVID-19 seriously, Buzan noticed that Lysol wipes were becoming scarce as she prepared for her flight. “Right before I left, I asked a bunch of my castmates like, ‘Is it crazy that I’m about to go on this trip and go on vacation?’” They reassured her. No way, they said, you need this.

After landing in Austin, Buzan was feeling pretty good. Squeezed in a shared Uber leaving the airport with two frat brothers from Illinois, she recalls feeling a sense of pride and relief that she had “worked really hard to get to this place in my career,” she said, “to get to a place where my employer was funding me to have a break.”

Two days later, things were changing back on Broadway.

Texts from castmates told her about seeing the audience wearing masks in the theater. One castmate finally cancelled a long-planned two-week trip to Italy. Another described seeing empty seats in the audience, rare for the most successful show in the history of Broadway. Rumors were circulating about if and when shows would be forced to close. Mayor de Blasio declared a state of emergency, but schools and restaurants were still open.

For Buzan and her castmates, it was particularly emotional. A new cast was coming in at the end of April. She had signed on to continue, but many were leaving. “They were beginning to feel sentimental about their last few weeks in the show,” said Buzan, “And then of course, we all understood that if the show got shut down, none of us would be getting paid.”

Waking up in New Orleans, she got a text from a former castmate who had moved on to another Broadway show. “I think it’s ridiculous that we’re still performing,” Buzan recalls the message saying. After a lovely day in New Orleans’ City Park and riding bikes with a friend, her phone started buzzing with messages. The show was shutting down. Broadway was closed.

“To Kill a Mockingbird” is the top-grossing play in Broadway history. The production recouped its costs in a little over four months after opening. Just a month ago, the production moved to Madison Square Garden where 18,000 public school students watched an unprecedented one-night performance. The show will likely return once the lights turn back on. For many other shows, the future is much less certain. Two shows still in preview—“Hangmen” and a revival of “Who’s Afraid of Virginia Woolf?”—have already closed for good. Many off-Broadway productions, which run with slim margins, also cancelled their shows.

“There’s kind of a general feeling in the industry, among actors, of superstition and treading lightly and, you know, never really being relaxed,” said Buzan. “But that also I think means there’s just a lot of emotion around work and a lot of fear. And this news was really devastating. Broadway is an enormous machine and all those people are now out of work.” 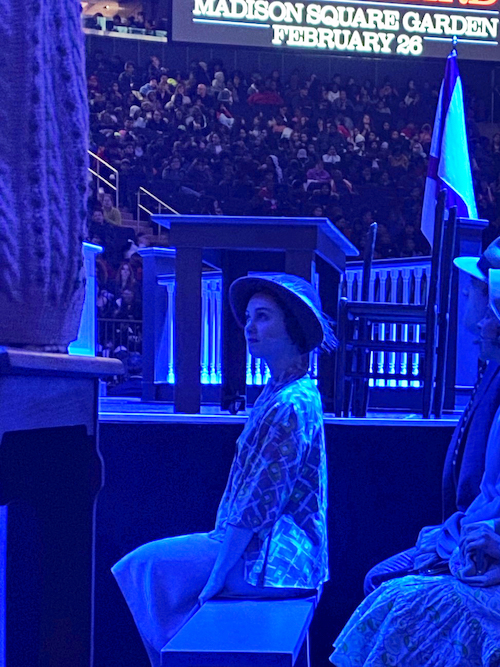 Buzan wondered about rehearsals with the new cast, due to begin on March 23. “How would we create an environment that was physically safe enough for people to feel relaxed and able to contribute and create?” A few days later, the rehearsals were postponed.

“It was actually really great to be far away and outside and in a beautiful place and with a friend who I love and trust and is not an actor like to kind of process it slowly,” said Buzan, “which in a sense is still what I’m doing.”

Being in a major production for so long allowed for a decent rainy-day fund. Actor’s Equity support, which will cover about two-and-a-half weeks of the Broadway minimum pay as well as her healthcare, also helps ease her financial worries for the time being.

Since safely returning home in Brooklyn, Buzan is finding the adjustment to social distancing tricky. The cast remains in constant communication through group texts and video hangouts on Zoom. “We all really miss each other,” Buzan said, but notes that they’re staying optimistic.

With the entire entertainment industry at a standstill, Buzan has been doing “a lot of things that I generally feel like I don’t have the time or the energy to do when I’m working.” She says she thrives when she has structure, and is trying to schedule her days in a way where she doesn’t feel like she’s just sitting on the couch doing nothing. For her, this means lots of yoga, going on walks in Prospect Park, cooking, reading and catching up with friends. But she allows for some couch time too, watching “Seinfeld” from the beginning with her boyfriend Ben, also a newly unemployed actor.

One of her castmates went back to the Shubert Theater to collect some personal items and saw that Ed Harris, who was due to finish his star run as Atticus Finch on April 19, left a note for the cast. She sent a picture of the note to Buzan, which read: “I love you all and will miss you until we get back in our saddles. Stay safe, <3 Ed.”