Surfing Through the Pandemic 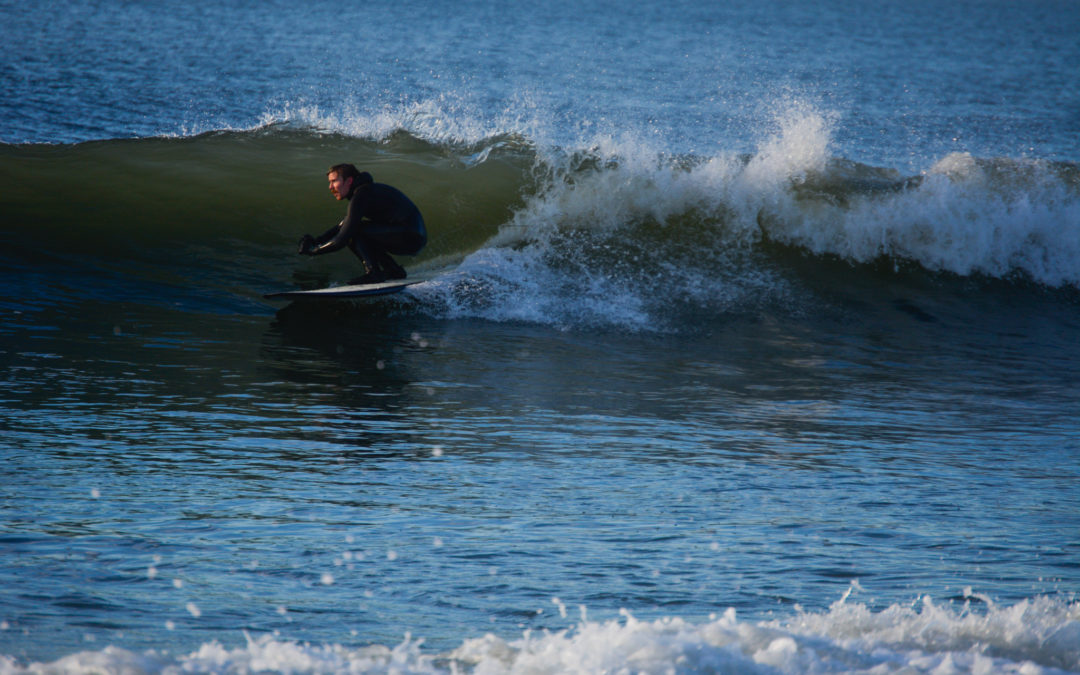 This morning I felt the economic effects of the coronavirus in the ocean.

It is a weekday in mid-March and it seemed that almost every New York surfer made it into the water.

The waves were about waist high and looked fun. Conditions didn’t seem beautiful enough to draw a crowd, but this is the third day most New Yorkers got sent home from work. When I pulled up to Rockaway Beach, surf-minded members of the stay-at-home workforce were covered head-to-toe in neoprene, bobbing up and down out on the horizon.

Initially, I planned on interviewing surfers in the parking lot for a more journalistically minded audio piece. But when I saw the ocean, it was clear that surfing was one of the last privileges yet to be soiled by the coronavirus. My school also banned all in person reporting, so I decided to just go for an off duty surf. I suited up and got in the water just after sunrise. It was chilly, but the sun was starting to warm up the beach.

I popped up on my first wave and crossed foot-over-foot to the front of the board. When the wave shaped up closer to the shore, I slowly inched ten toes over the nose and struck a classic pose as I glided to shore. “Damn! We gonna be alright!” another surfer shouted as I slid right past him.

That hasn’t happened before; it was a breach of an unspoken code. But it happened all day to every single person who popped up on a wave.

Usually, crowds bring out the worst characteristics in surfers: Territorial, angry, consistently confused… but this was different. There was something special about being in the water during such a miserable time. Everyone got along, took turns in the sweet spots and even shared waves. We even celebrated with a couple friendly high-fives (through neoprene gloves).

In the ocean, there was no news updates, toilet paper shortages, quarantines, video conference calls or death counts. Waves are part of an increasingly small category of things that haven’t been laid-off, furloughed or put online. They can come and go with the seasons, but will never be stopped.

I took a few waves down the beach tandem style with a younger surfer named Jared. Neither of us has ever shared waves so openly with a stranger. After drifting west down the beach, we walked back together and recapped the highlights. His dad intersected us and said, “We got off work and school today, so we are stoked just to be here.” It was still cold, and he was happy just to be on the beach watching his kid surf.

When I was younger, surfing was a rebellion. By walking away from society and putting my greatest energy and focus into something as pointless as riding waves, surfing was a way to give the world the finger. Surfing was a mockery to all my teachers who told me to be a productive contributor.

I’m too old to feel that anymore, but today I felt the exact opposite. There was nothing for most of us to rebel against. The ocean was just there, and we had nothing else to do.

Leaving, I chatted with Jared’s dad again. He wanted to share a few pictures he took of the surf.

“That was great, now go home and sit on your ass all day,” he said.