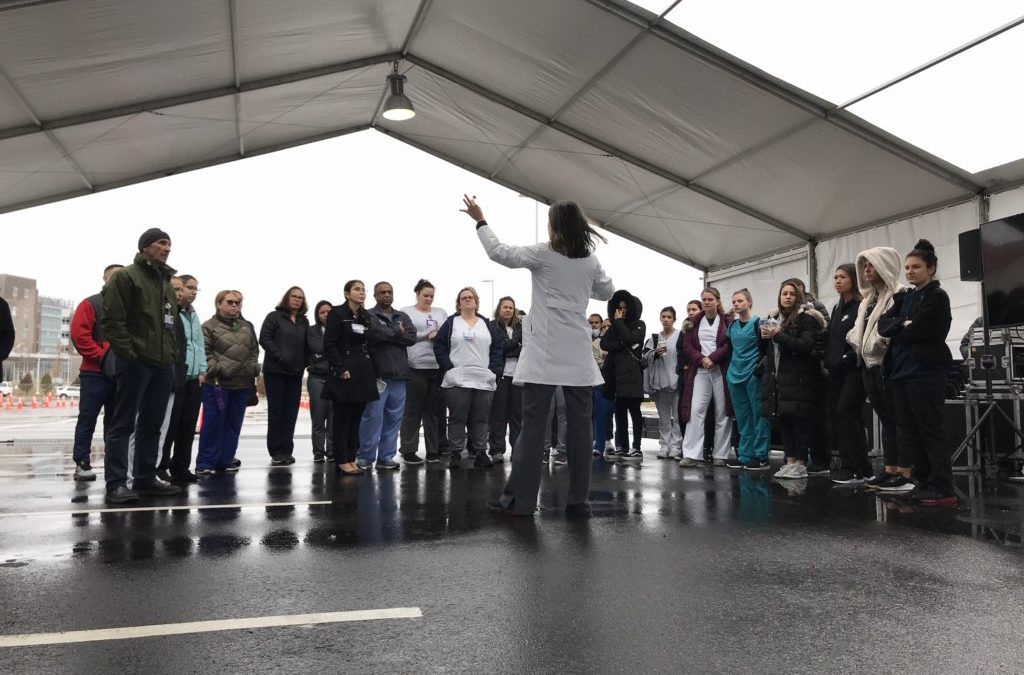 Getting tested for the novel coronavirus just got slightly easier on Staten Island, where the first drive-through testing site for the City opened on Thursday.

The testing facilities, which are large white tents on metal frames, are located in the parking lot of South Beach Psychiatric Center and serve all five boroughs. If City residents want to get tested, however, they need to schedule an appointment through the State Department of Health.

A person can make an appointment if: They have been in proximate contact with another person known to be positive, they have symptoms and traveled to China, Iran, the United Kingdom and Ireland, and most European countries, they are in either mandatory or precautionary quarantine and have symptoms or if they are symptomatic and have not tested positive for any other infection.

Those waiting in their cars to be tested are being asked to keep their windows up and to place their ID on their dashboards.

The test itself involves a nasal swab that must go all the way up a patient’s nose. A long Q-tip is inserted through the nose to reach what’s known as the nasopharyngeal region, from where cells are collected.

Basil Seggos, the Commissioner of the State Department of Environmental Conservation, shared in a tweet that hundreds of New Yorkers will be tested at the site daily. He also shared that 100 potential coronavirus patients had been tested within the first two hours of the site being opened.

Borough President Oddo and other Staten Island elected officials are now asking for retired healthcare workers to volunteer in case the staff at the testing center becomes overwhelmed.