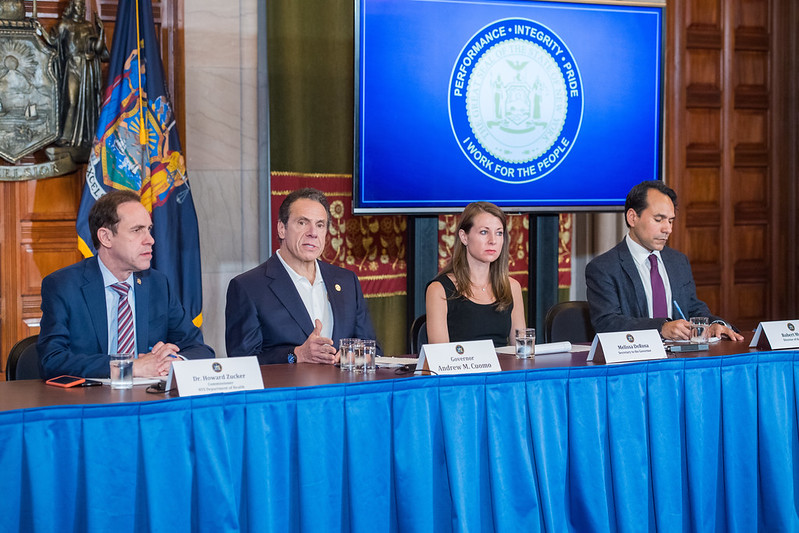 Two New York state assembly members have been diagnosed with COVID-19, according to a statement by Gov. Cuomo and Assembly Speaker Carl Heastie released Saturday evening.

It remains unclear how Helene Weinstein and Charles Barron, who both represent areas of Brooklyn, first contracted the virus or received their test results.

Neither had visited Albany since earlier in March, but the Capitol building will be closed to guests and cleaned on Sunday as a precautionary measure. The members’ absence from the state capital was unrelated to the virus, according to the release.

In a statement to the New York Times, Weinstein said she began experiencing symptoms on March 11 and immediately self-quarantined. Since then, she has avoided physical contact with staff members and colleagues, the Times reported.

In a tweet, Gov. Cuomo assured New Yorkers that any politicians who came in contact with Weinstein or Barron would be swiftly tested.

Dozens of Twitter users sounded off in response to the governor’s statement Saturday night. They commended officials for taking action in response to the members’ diagnoses. But many worried that the outbreak would worsen if lawmakers chose to keep schools open, even while other states have issued temporary closures in order to control the virus.

“Stop it before it gets completely out of control, if it’s not already too late,” warned one respondent.

In a press briefing yesterday, Gov. Cuomo announced that school districts across the state would be given jurisdiction to decide whether to remain open. He also waived a regulation that requires schools to stay in session for 180 days per year, since some may be forced to close because of coronavirus concerns.

Others wondered how Weinstein and Barron accessed test kits. A slow rollout from the federal government meant that only those who were most seriously ill received tests in the first days of the outbreak.

Test kits are now beginning to trickle in as state officials scramble to stop the virus at its early stages. Gov. Cuomo announced new mobile testing facilities to relieve stress on emergency rooms and healthcare facilities. State lawmakers hope to avoid more drastic measures like those implemented in Italy and South Korea.

New York experienced its first two coronavirus-related deaths this weekend, and over 600 people in the state have tested positive for the illness.