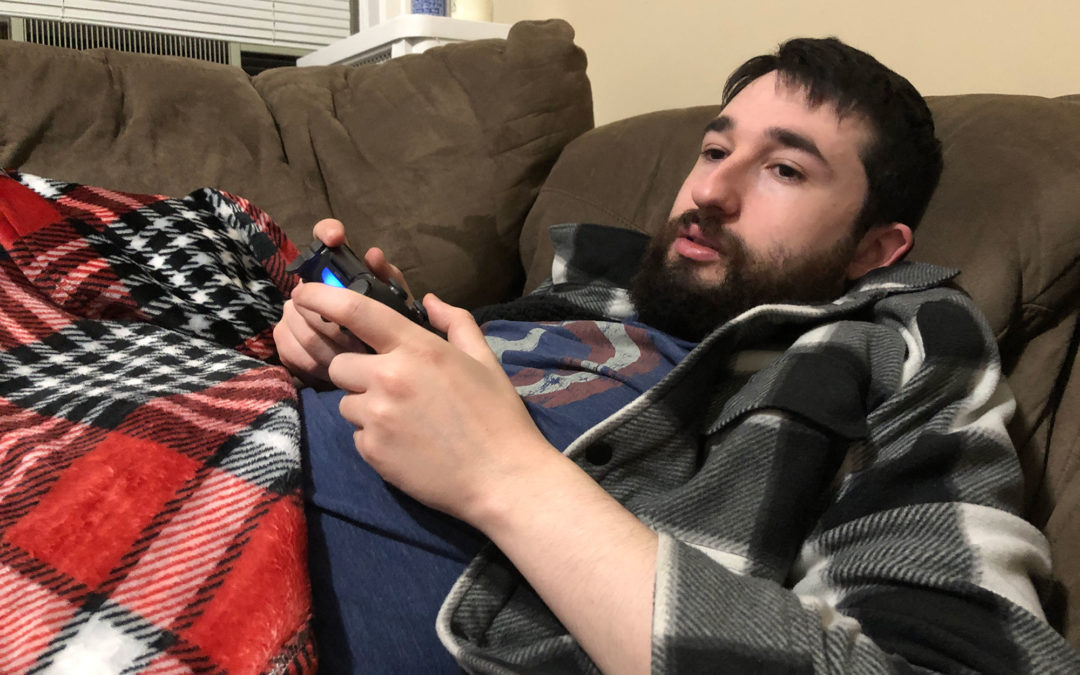 When my partner said months ago that he wanted to spend his birthday inside on the couch watching television, I don’t think this is what he had in mind.

Jason Kasman turned 26 yesterday and that’s exactly what we did.

“It’s weird that the whole fucking world is collapsing for my birthday,” he said.

“But in this case it’s a literal catastrophe,” he said.

The U.S. has declared 46 national emergencies in Jason’s lifetime, 34 of which are still in effect, according to Wikipedia. Two have now been viral pandemics.

In the days since New York and the country declared a state of emergency due to the coronavirus, he has cycled through anxiety over all of the symptoms he might have: fever (no), shortness of breath (no), headache (yes, but surely unrelated).

The coronavirus is the first public health national emergency since the H1N1 influenza pandemic of 2009-2010, when Jason was in high school. He remembers being diagnosed with H1N1 so that he could get certain antibiotics that were hard to come by, even though he probably did not have the actual virus.

Anxiety aside, he wasn’t upset about being in the house on his birthday. He watched The Office, took a shot of Jameson whiskey, napped the Jameson off and started a puzzle. But the stress of the pandemic as a whole is daunting for somebody who already stresses about, well, everything.

“We don’t have a good enough couch for a pandemic,” he said.