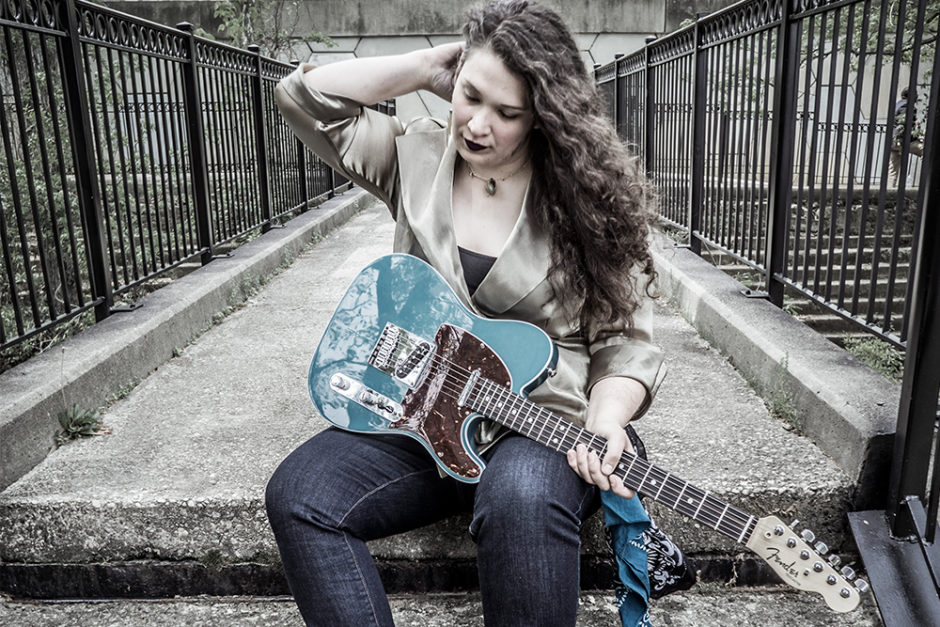 Emily Musolino plugs in and tunes her guitar before the show. Her adoring fans won’t be cheering in person tonight, however; they will all be in their own homes, watching from their screens online.

Events are being canceled due to coronavirus and “social distancing,” leaving many musicians without a way to perform or make money. They won’t be without an audience, though, thanks to social media.

Musolino, a singer and guitarist from Durham, North Carolina, is planning on making up for canceled concerts by live streaming performances from her home. Last night she ran her first stream, playing solo—unlike the trio of drums and bass guitar that usually accompanies her.

“It’s pretty scary for all my musician friends,” Musolino says on call before the stream. “It’s all kind of still up in the air.”

In an industry where artists depend on playing shows on tour to pay the bills, a month of cancellations and empty bars can be financially frightening.

“The amazing thing about technology is we can all go live to the world at home instead of the bar,” she says. “It’s a catch-22 for musicians. If we don’t do shows, we can’t pay rent, but we’re also trying to stop the virus from spreading.”

She plans to continue live streaming concerts on her Facebook page, where previous concerts will also remain up for viewing. Fans can help support Musolino by donating “virtual tips” to her Cashapp, Venmo and Paypal accounts as well, as they watch.

Being quarantined in your house and glued to the news can be fearful, but Musolino hopes that her music can work as a kind of healing power to comfort people during these trying times.